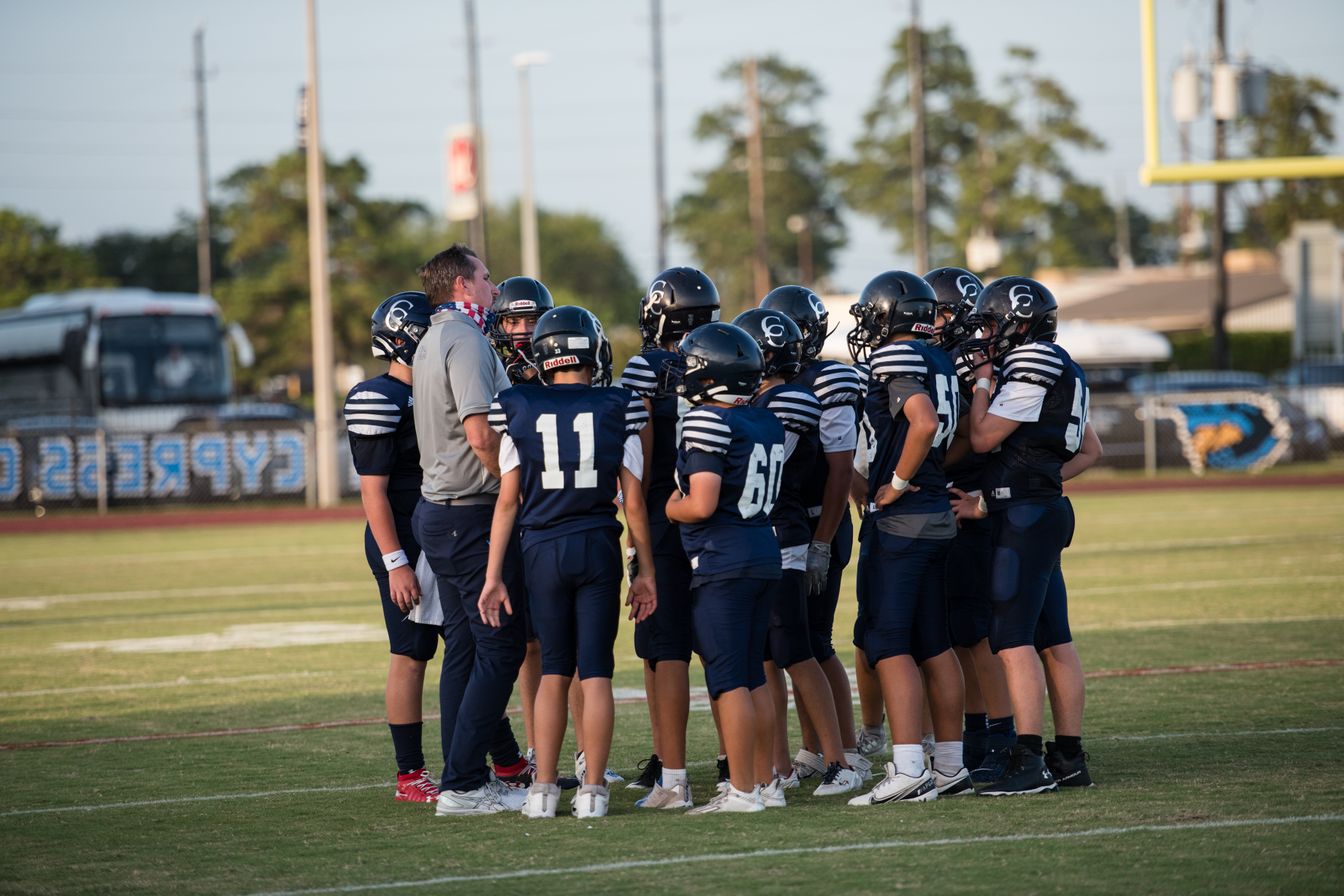 The Warrior middle school B and A football teams played at home last week on Tuesday, October 20 and Thursday, October 22, respectively.

The Warrior A team played against undefeated Lutheran South and fell short with a loss, 32-16. The Warriors fought hard and had some big plays that just did not go their way. The exciting news is that the Warriors will be playing at Lutheran South again tomorrow night for the Championship! The second half of the game on Thursday showed a lot of promise, as the Warriors held Lutheran South to only one TD while scoring one of their own.

The Warriors have worked hard in practice all week. Be praying for a win as they face off against Lutheran South for the Championship!

Last Tuesday, the B team played in a very high scoring game against The Woodlands Christian, coming out with a win, 50-26. LB Noah Spenn started the game off with two interceptions, one of which he brought back to the end zone, and the other he brought to the 1-yard line. In the second quarter, DE Ayden Arasin picked off a pitch meant for The Woodlands RB, and returned it 59 yards for a touchdown. QB Will Iler had a great performance as always, rushing for four touchdowns and passing to WR Jacob Harper for a fifth.

Again, keep the Warriors in your prayers as they are coming close to the end of the season. We want everyone to stay healthy!