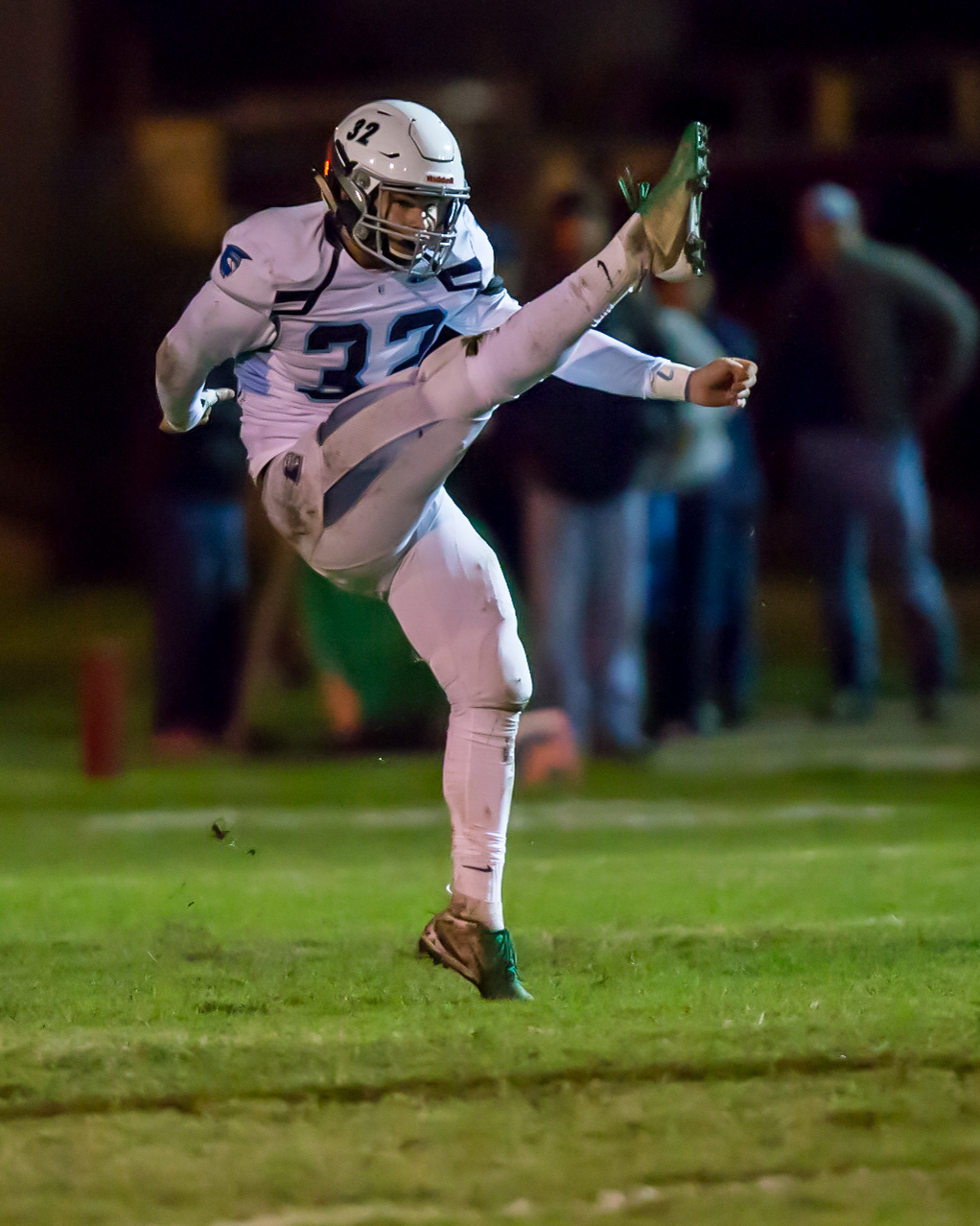 The Warriors completed the regular season in dramatic fashion on Friday night. High school football games are 48 minutes long and the Warriors used every minute in this game. A defensive stop resulted in a field goal for Victoria and a 17-7 lead for them with under five minutes to play. The offense got into high gear as Drue Hirth connected with Joseph Carbone for a long pass that gave CCS a first and goal. On 4th down, Hirth would be stuffed up the middle, but slide to the right for the touchdown.

Jackson Landrum then lined up a perfect onside kick that Christian Fleischhauer would recover. As a result, the Warriors needed to go just 50 yards in two minutes to win the game. With 30 seconds to go, the Warriors faced third down and 22. Hirth connected with Reid Chapman for a spectacular grab on the sideline for 24 yards. The very next play Hirth went deep the other way and found Fleischhauer for a 27-yard touchdown that would give the Warriors a 21-17 lead with just seven seconds to play.

The Warriors would need one more special teams play to seal the victory. The first kickoff of the game was returned to the 10-yard line, but the defense held keeping Victoria scoreless on the opening drive. This kickoff return would break into the clear but Jackson Landrum forced the runner out of bounds as time expired to seal the victory.

The defense defended a short field most of the night. Wesley Hong recorded 13 tackles including two tackles for loss. Daniel Macune had another solid night with 14 tackles and an interception. Jacob Swan recorded a sack. The Warriors outgained the Fliers 295 to 277 yards on the night.

On Friday, the Warriors will travel to Austin Hyde Park to take on the Pioneers at 7 p.m. The Pioneers finished second in District 3 behind Austin Regents. They have a 6-3 record on the season and have won their last two football games. With a victory, the Warriors will earn another opportunity against Second Baptist over the Thanksgiving Break.