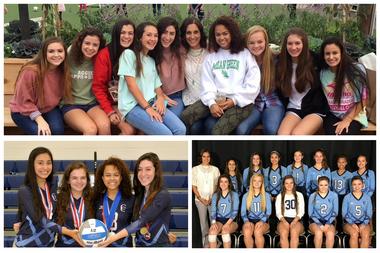 Varsity volleyball rose to the occasion this season, performing at the highest level individually and as a team in the program's recent history. Throughout the season the Lady Warriors fought through each match as a team, exemplifying great hustle and demanding a high work ethic from each other.

The team finishes the season with an undefeated home record, Area and Regional Championships and their first Final Four appearance. Led by Tessa Bodukoglu, Melanie Alvarez, Avery Gwyn and Alexis Vaughn, the team earned high honors at both the All -District, All-State and All Tournament levels. Coach Towle said of her team this season; “This team has worked hard, pushed each other, developed their skills and laughed more than any other team I have coached. Watching their continued successes this season on and off the court has been the greatest highlight.”