Lady Warriors Start Season as One 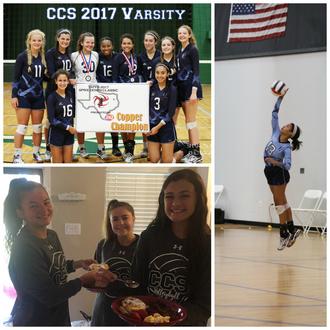 The volleyball teams started the season this past week with Varsity traveling to the TAPPS Spike Down Classic, and both teams competing against Second Baptist on Tuesday.

The Varsity program spent their time in Tyler participating in team building events as well as competing in the tournament. Coach Towle set out with the team in anticipation of creating unity amongst the players and fostering an environment for personal interaction and goal setting. The players were separated into smaller teams over the weekend and spent time serving each other through cooking meals and defining what team leadership looks like. The team won the Copper Bracket with wins over Emery-Weiner, Texoma and Fort Worth Bethesda. Alexis Vaughn and Avery Gwyn were awarded all-tournament honors, with Alexis winning the MVP award.

Come cheer on the teams this season at their season home opener against Rosehill Christian, August 22 at 5 and 6 p.m. in the East Gym.