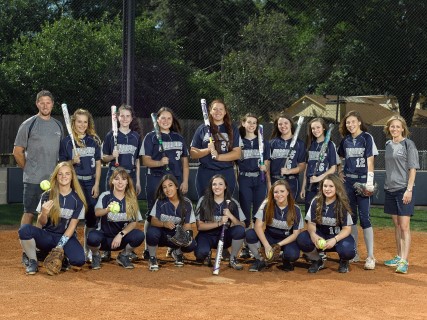 The Lady Warriors high school softball team finished their season with a 13-3 record taking second place in district to Bay Area Christian. The Warriors earned a trip to the play-offs and won their first game against San Marcus Academy 15-0 but later fell to the two-time defending state champions John Paul of Shertz, Texas. Big bats of Kaylee Martinez with four homeruns and Allison Thompson with three homeruns followed by Cara Hettiger’s four triples allowed for the Warriors to score a total of 123 runs on their opponents throughout the season. With five players carrying a batting average of .400 plus, it was hard to shut the Warriors out.