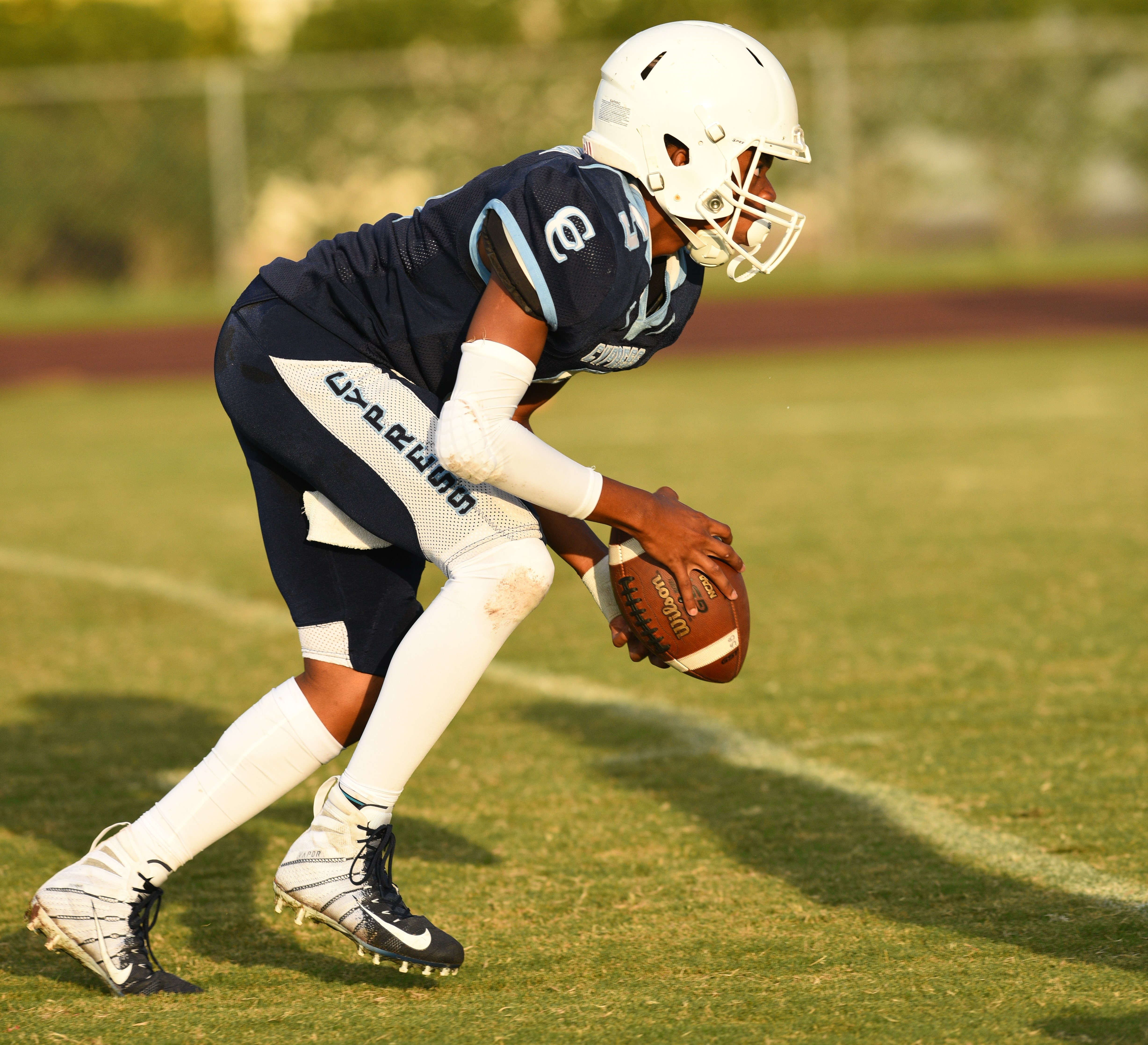 The Warrior JV football season is off to a great start! The first game came against Episcopal High School and the Warriors were able to capture a 21-6 victory. The Warriors offense was able to break out from what was a defensive battle to score late in the second quarter when quarterback Beckett Swinney hit TJ Smith in the flat and Smith was able to beat an Episcopal defender around the edge as he dove for the pylon. The game remained 7-0 until the middle of the fourth quarter when the Warriors mounted a nice drive which ended with a one-yard Swinney TD run. The Warrior defense capped off the scoring when the Episcopal quarterback was pressured by Will Simcik, who tipped a pass attempt that Warren Haudek was able to intercept and run back 40 yards for the touchdown. The CCS defense shut down Episcopal’s offense for most of the game, only allowing a score late in the fourth quarter once the outcome of the game had been decided.

Last week, the JV team faced a big and physical John Cooper team that defeated the Warriors 21-0. Although the Warriors fell short, the second half of the game was very competitive with the defense holding John Cooper scoreless, while the CCS offense was able to put together several nice drives, but were unable to finish those drives off with scores. Luke Wisenbaker, Ryan Fisk, Adler Smith and others on the Warriors defense could be seen (and heard) making several nice tackles late in the fourth quarter, competing to the final whistle.

This week’s opponent is Second Baptist School, which should be another strong test for the Warriors. The Warriors play the Eagles this Thursday, September 16 at 6:30 p.m. at home. The focus in practice will be on improving our blocking technique for the offensive line and running backs so we can hopefully minimize the negative plays that stalled several drives in the John Cooper game. We will also ratchet up the intensity and tempo of practice to better simulate the game environment and the physical toughness required to compete at the high school level.