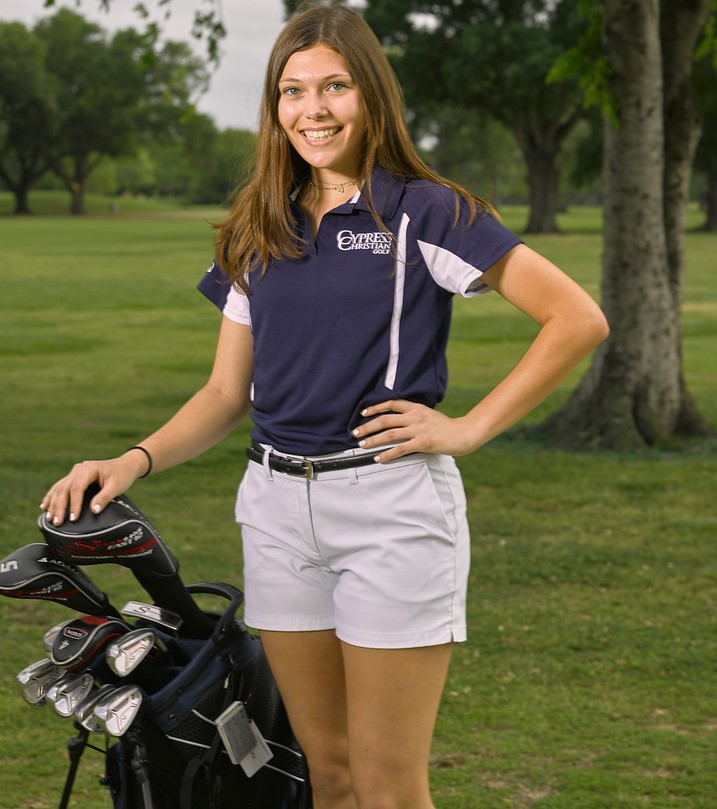 The CCS girls golf team competed in the TAPPS State Tournament on Monday and Tuesday, April 30-May 1, at Cottonwood Creek Golf Club in Waco. CCS was represented by four girls with the team placing sixth in the tournament.

The girls team was led by junior Kara Otts, who had rounds of 87 and 93, finishing fifth overall. Kara is the first CCS girls golfer to finish in the top 10 of the state tournament and will also receive TAPPS All-State recognition. Also competing for the girls were juniors Charlotte Achterkirch, who shot her best round of her CCS career in day two of the tournament with a round of 97 and Emily Nicholson. Rounding out the team was freshman Libby Mitton.

The course played very tough over the two days, as the conditions were very windy both days with extended periods of light rain mixed in. This made ball control and putting very difficult. The girls played tremendously on the second day, improving their total score from day one by 21 strokes.

The future looks bright, as the junior golfers will have had two years of state golf tournament experience as CCS moves up to the TAPPS 5A classification next year. Coach Nugent is excited about the opportunity for them, and the boys team, as there are many young CCS golfers that are ready for the challenge.