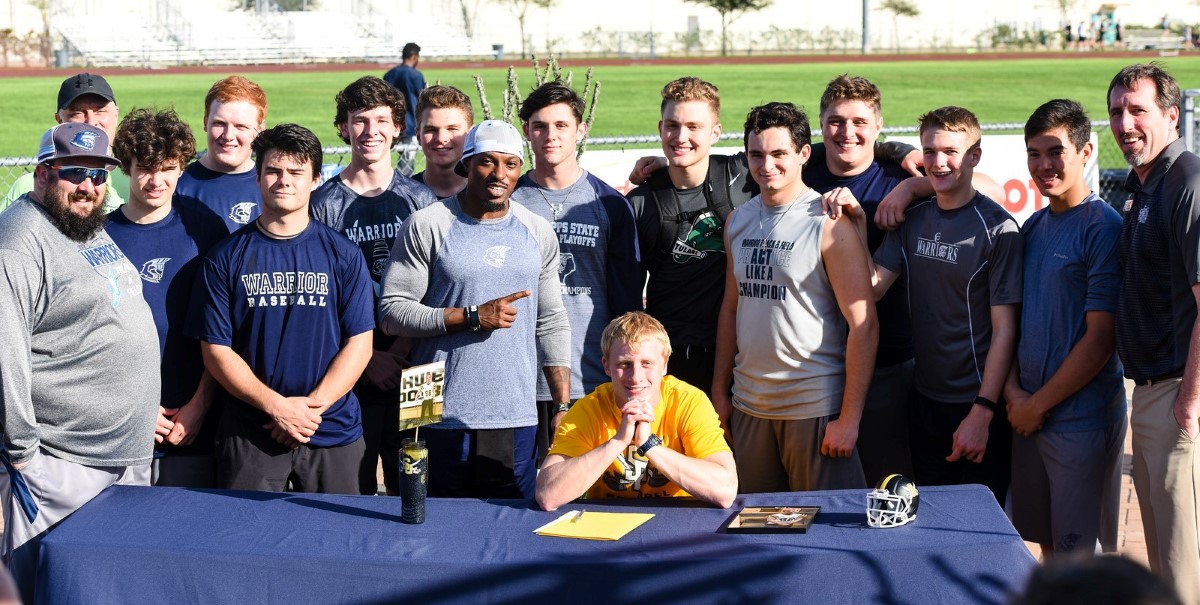 Ian Jones signed with Southwestern University as a kicker on Monday, February 26. Jones set the school record this year with extra points made in a season at 58. He also made 5 of 6 field goals with a long of 39. Two field goals came in the state title game.

The Southwestern Pirates are graduating a former CCS player in Grayson Beck who has punted for them for the past four years. Jones will be joining them next season as a placekicker. The Warriors also have another kicker in the college ranks with Landon Nealy at Avila University.

Coach Spenn said, “I am super excited for Ian. There is a place on a football team for everyone and he found his niche in kicking. He certainly has the leg for it. Grayson has had a great experience at Southwestern and I am looking forward to Ian having the same great experience.”