The JV and Varsity boys basketball teams officially wrapped up their 2018-2019 season at their team basketball party and awards program on March 3. The party was held in the East Gym where there was a time of food and fellowship as well as a father-son basketball game. After some friendly competition on the court, there was a time to recognize both teams and their seasons as well as to give out some individual awards. 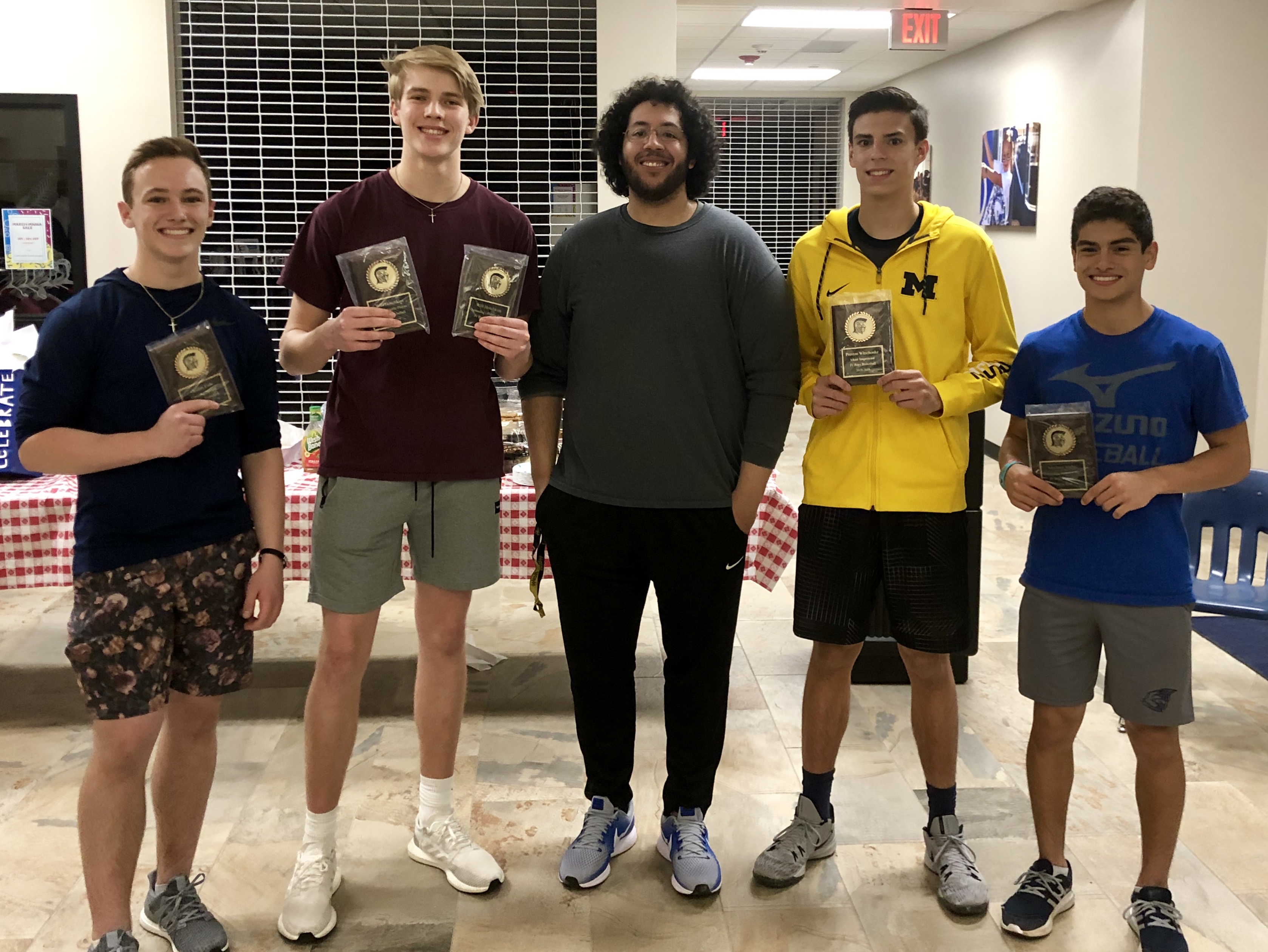