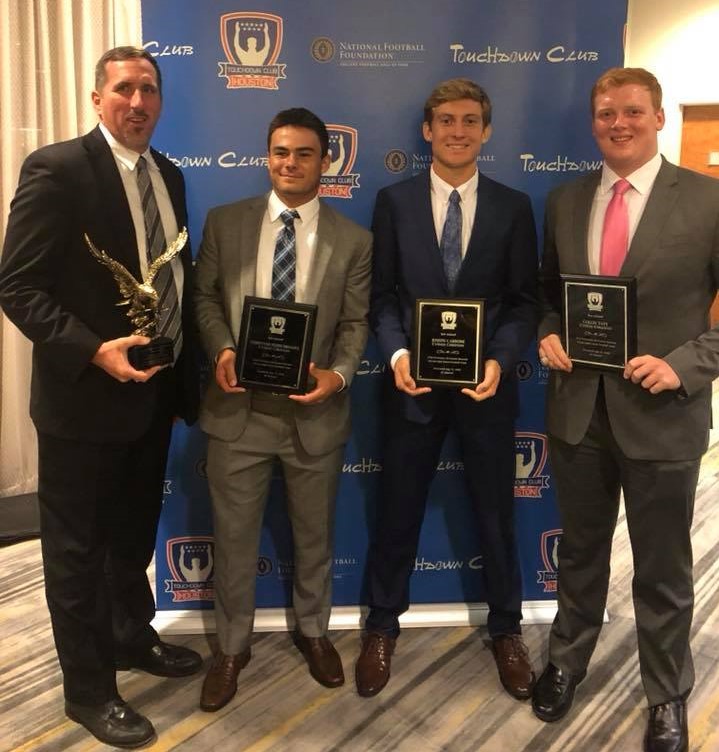 In addition, Coach Spenn received the Golden Eagle Award, given to a coach after winning a state title. When accepting the award, Spenn said, "Coaching at a private school is an awesome opportunity to mold men, build men. It is far more than just Xs' and O's. It is a privilege to pour into the lives of young men."