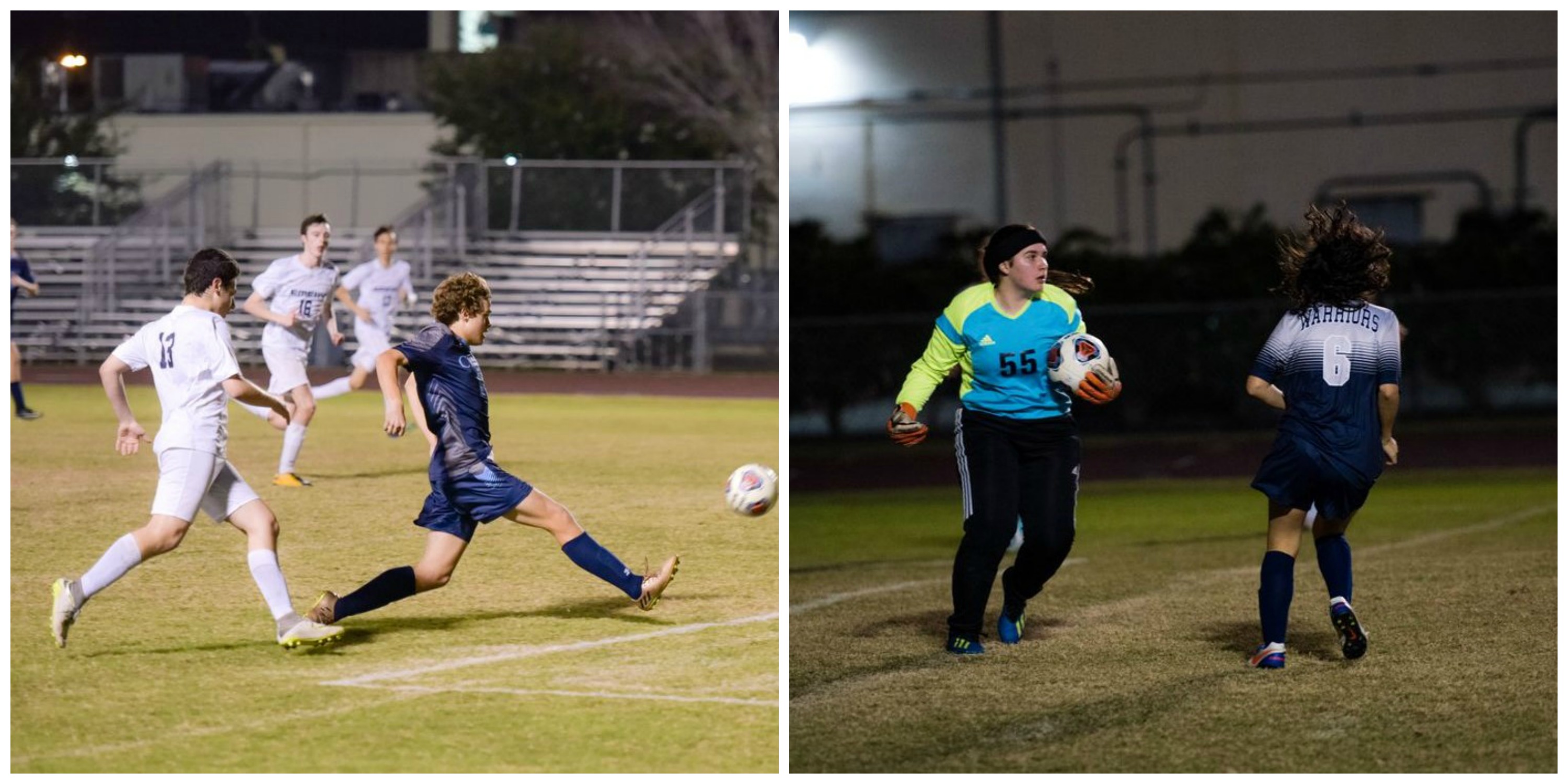 Friday was a great night of soccer at CCS. The girls dominated but also improved by working on passing and other skills in an 8-0 blowout win. The boys game had a lot of great soccer and ended regulation in a 2-2 tie. Christian Andrus had the first goal to tie the game at one. Josh Storey found the back of the net off of two great passes to give the Warriors the lead which they held for most of the game until Cristo Rey scored in the final minutes to force a shoot out. The shoot out saw John Macune come up with a stop in the goal on the third and fourth attempts that allowed Kevin Dubon to drive in the winning goal for a 6-4 victory.