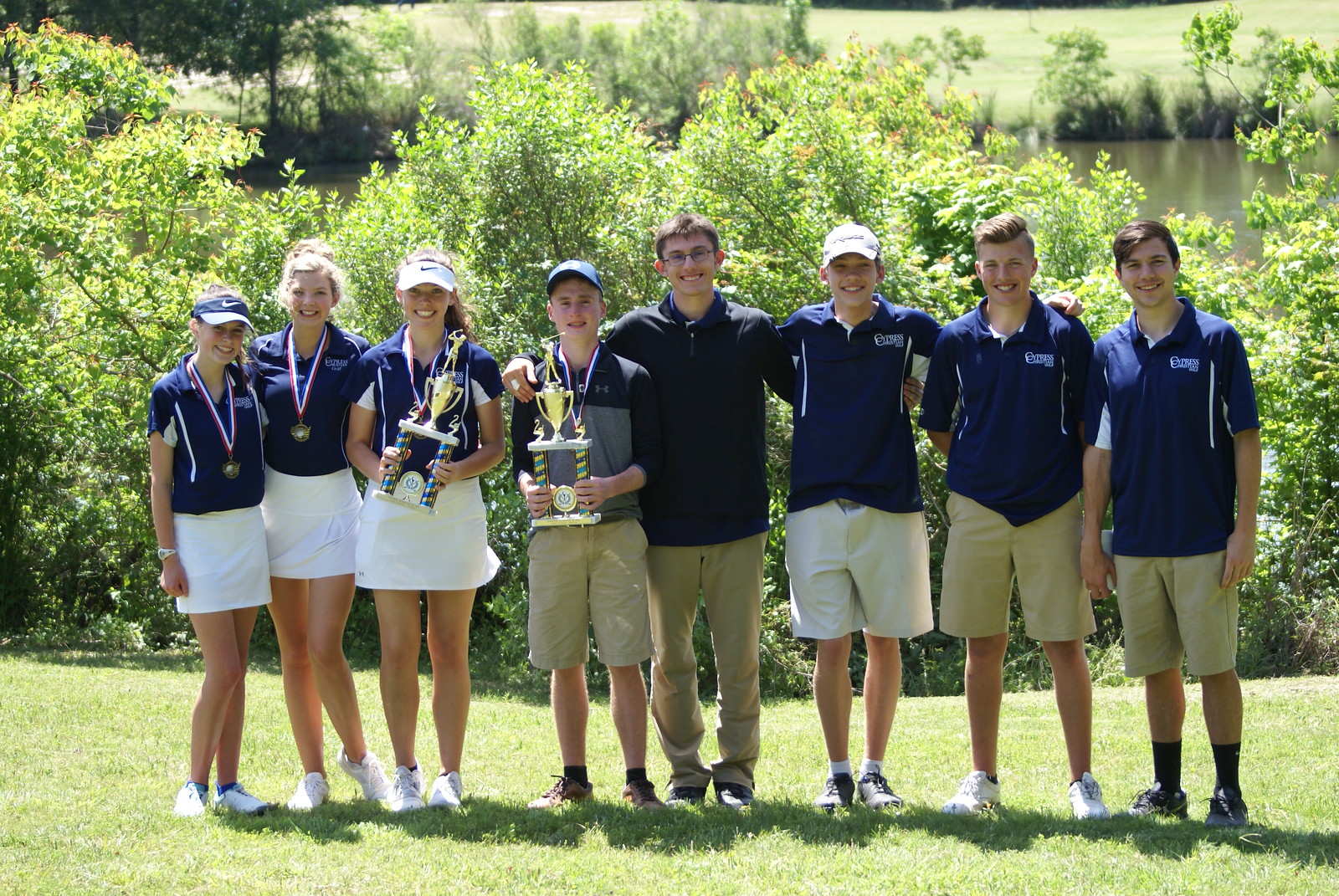 The Warrior golf team competed in the TAPPS District Tournament on Thursday, April 12, at West Fork Golf Club in Conroe. CCS was represented by six boys and four girls and both teams placed second in the tournament and qualified to play in next week’s TAPPS South Region Tournament.

The girls team had three girls who qualified as individuals for the regional tournament, by placing in the top ten scorers, and was led by junior Kara Otts, who shot a round of 96 and placed fourth overall. Also competing for the girls were juniors Charlotte Achterkirch, who placed fifth, and Emily Nicholson, who placed sixth and freshman Libby Mitton.

The boys team was led in scoring by junior Jason Hall, who shot a round of 91. Hall placed ninth overall in the tournament, qualifying individually for the regional tournament. Also competing for the boys were seniors Noah Lee, Logan Lacaze and Nathaniel Richardson, sophomore Vincent Summers and freshman Travis Stricklin.

Both teams will compete in the regional tournament next Monday, April 23, at Fort Sam Houston Golf Club in San Antonio with the TAPPS state tournament as their goal.