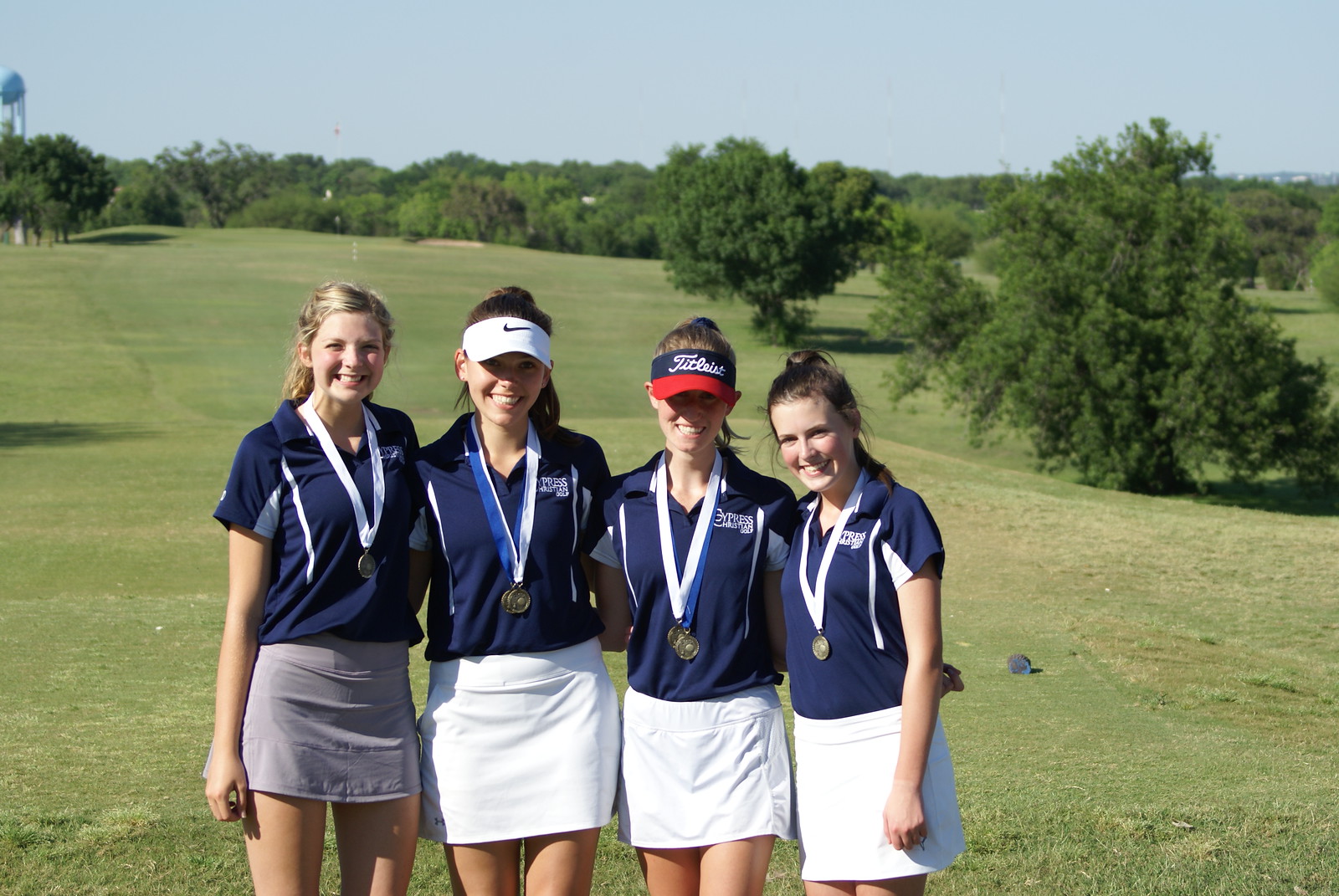 The Warrior golf team competed in the TAPPS Regional Tournament on Monday, April 23, at Fort Sam Houston Golf Club in San Antonio. CCS was represented by five boys and four girls with the girls team placing third in the tournament, which qualifies them to play in next week’s TAPPS State Tournament.

The girls team also had two girls who qualified as individuals for the state tournament, by placing in the top ten scorers, and was led by junior Kara Otts, who shot a round of 95 and placed fifth overall. Also competing for the girls were juniors Charlotte Achterkirch, who placed tenth, and Emily Nicholson and freshman Libby Mitton.

Although the boys team had their best overall performance of the season, they fell short of the state tournament, finishing 8 strokes back of the fourth qualifying spot, placing fifth. The team was led in scoring by junior Nathaniel Richardson, who shot a round of 81, one stroke away from qualifying as a medalist. Also competing for the boys were seniors Noah Lee and Logan Lacaze, junior Jason Hall and freshman Travis Stricklin.

The girls team will travel to Cottonwood Creek Golf Course in Waco to play in the state two-day tournament on Monday and Tuesday, April 30 – May 1.