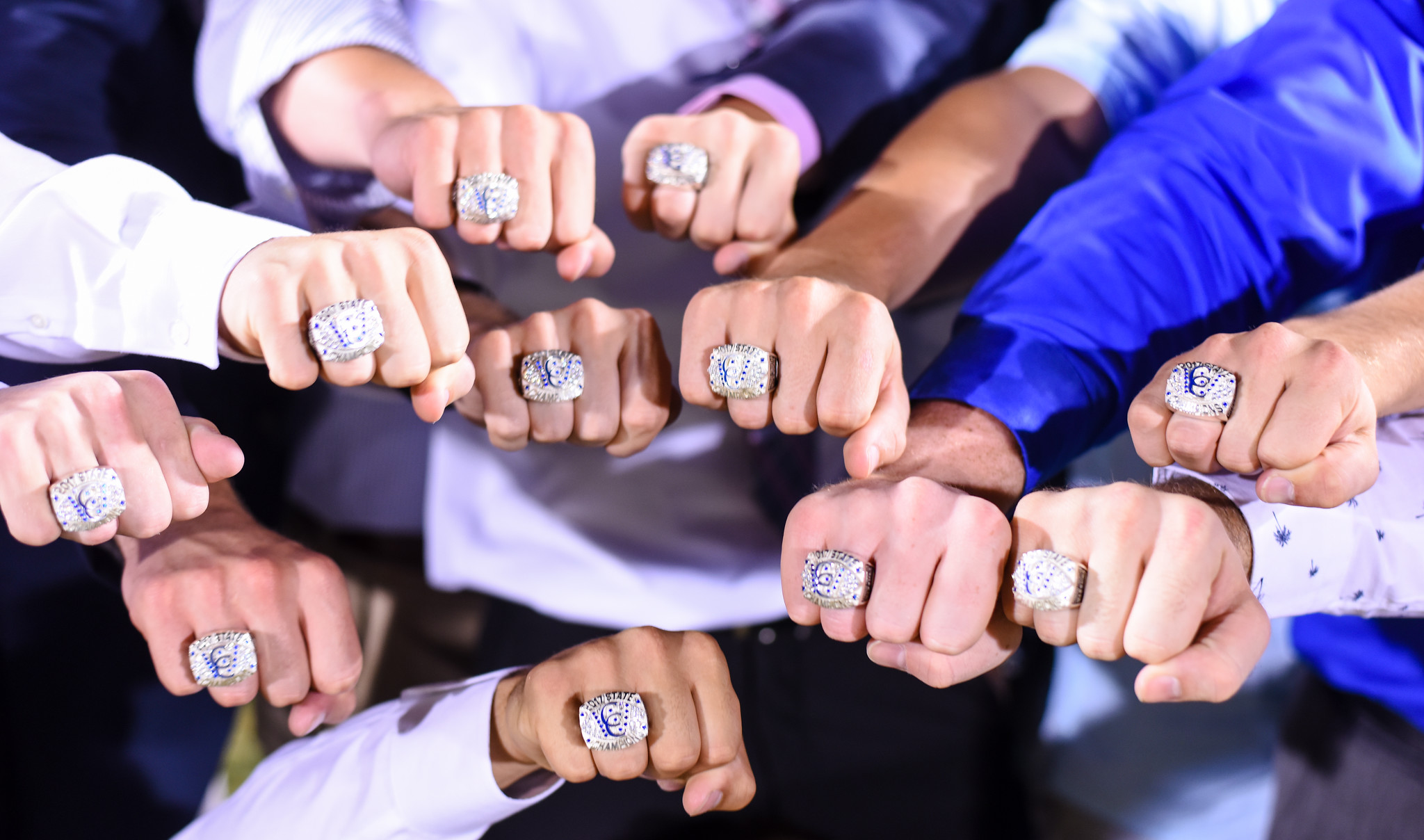 The football program handed out its state championship rings on Monday, May 7, as the team gathered on the football field for one last time to celebrate the season. Coach Spenn shared about the symbolism in the ring that he and the seniors designed, including the 13 stones in the shape of a W. One stone for each senior and for each victory in the historic season. “I want the ring to be something that they pick up years from now and remember the lessons they learned that have helped build them into men.” Coach Spenn went on to say “Yes, they will remember the victories, but more importantly the relationships with teammates.” Forty players and 10 coaches received their rings after the dinner on the football field. While they are still enjoying last season’s victory, the team is already in spring practice preparing for next year's challenge.

Junior Sam Beckmeier captured a video of the event: