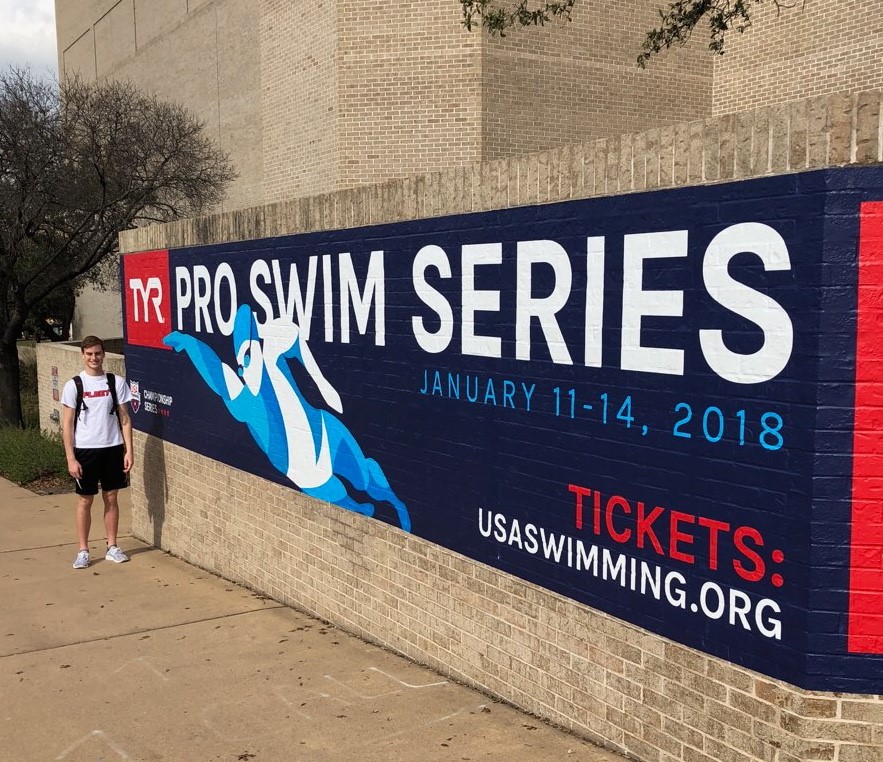 Sophomore swimmer Elliott Jones traveled to Austin on Wednesday to compete in the 2018 TYR Pro Swim Series event. The USA Swimming event is a huge four day swim meet that includes international, collegiate, professional and Olympic medal-winning swimmers. Elliott was in the pool with two Olympic gold medalists, several U.S. National Team members, a host of Division I college swimmers and swimmers from around the world. The pool is a lot longer, 50 meters compared to 25 yards, and so are the distances he swam.

Jones competed in the 400 meter individual medley and the 200 meter back stroke. In 400IM Elliott finished 26th with a time of 4:50.72. The winner, who is the world champion in the event, set the pool record at 4:10.8 just seven seconds off the world record held by Michael Phelps.

Elliott will next swim for Cypress Christian School at the TAPPS Regional at the University of Houston where he will defend his state championship and state record-holding 100 Back. He will also compete in the 200IM, where he finished 4th last year at state.