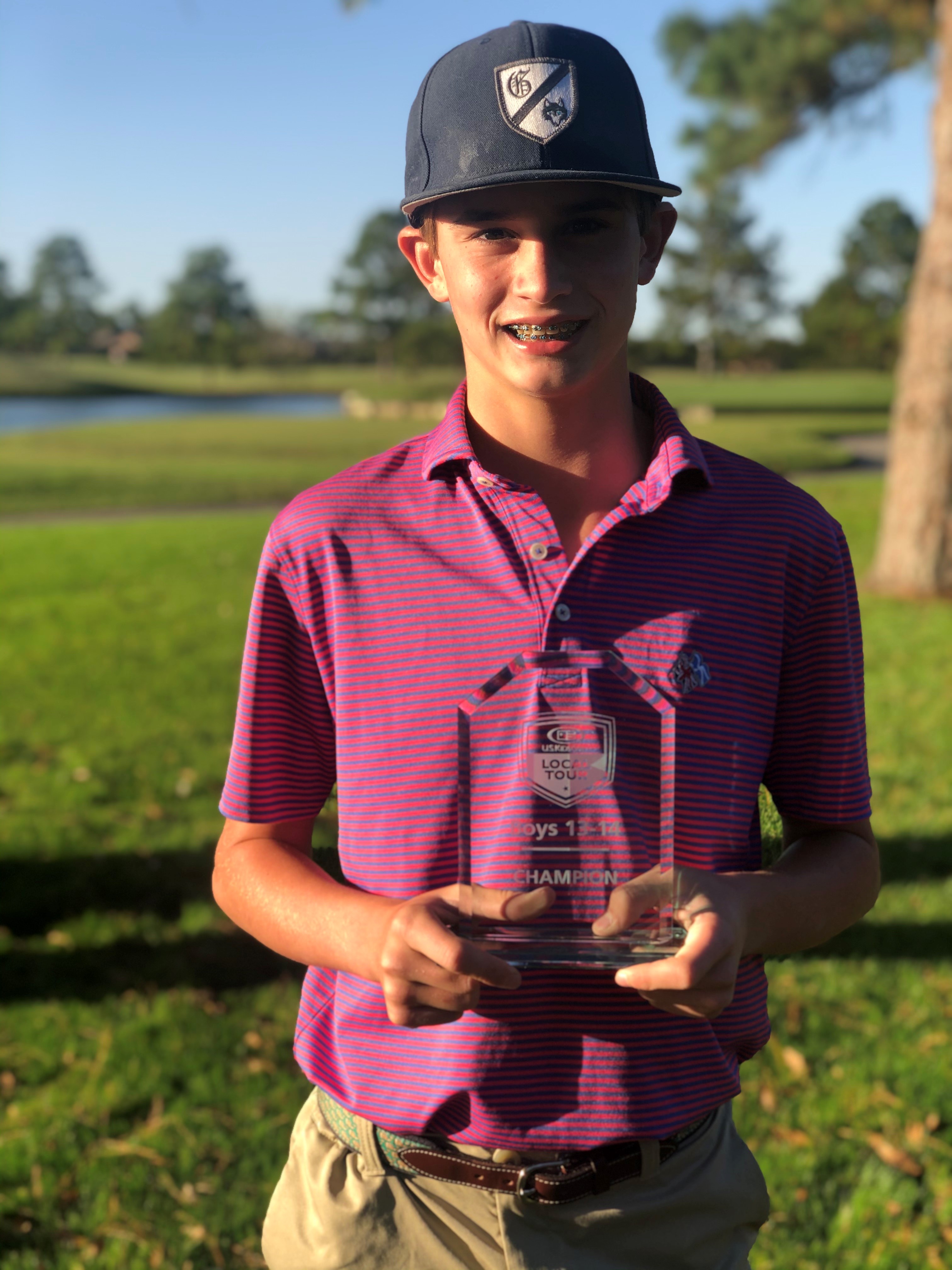 CCS eighth-grader Grayson Petru recently won the U.S. Kids Houston Tour Championship. With this win, he has qualified to play in the U.S. Teen National Championship, which will be held at Pinehurst Golf Club in North Carolina in July 2021. Grayson began playing golf when he was around six years old but lost interest as he was having more fun playing other sports. He picked golf back up two years ago and has really been working hard at his golf game during the last year. Grayson plays and practices most of his golf at Champions Golf Club. In addition to the U.S. Kids Houston Tour Championship, Grayson has won four other tournaments this fall. It is Grayson’s goal to play golf in college. Next year, Grayson will be able to join our CCS high school golf team. Grayson is a great example of a CCS Warrior as he pursues his dreams and uses his abilities and talents for God’s glory.