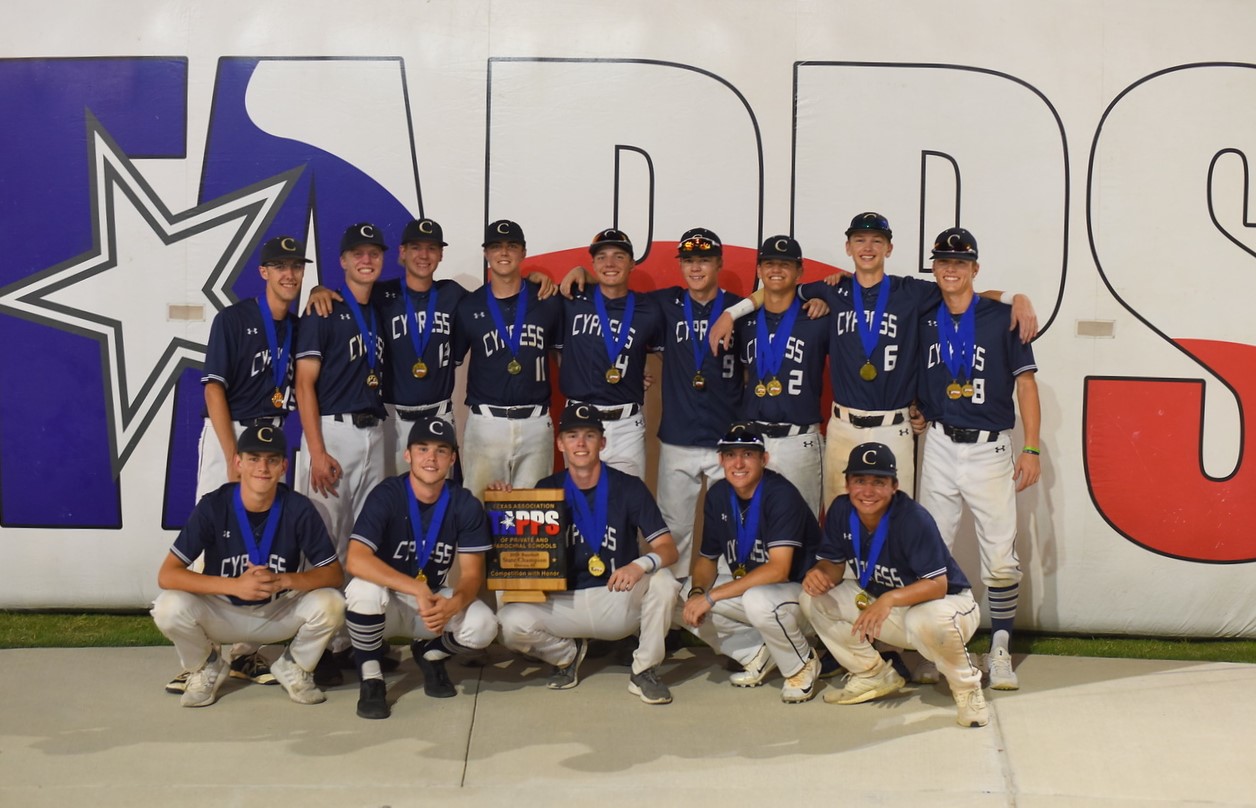 After a dominating season in district (12-0) and a competitive non-district schedule (11-6), the Warriors poised themselves for a playoff run in the TAPPS Division III tournament. In the opening round of the playoffs, the Warriors hosted San Marcos Academy and won in convincing fashion 27-1. Next, they traveled to the historic field in Weimar, Texas to take on John Paul II. Temperatures stayed in the mid-90s all afternoon and the game featured several dramatic lead changes. Ultimately, the Warriors triumphed 7-4 with some late inning heroics on both sides of the ball. With the win, your Warriors would spend the next few days preparing for the state tournament in nearby Crosby.

In the semifinal game on Wednesday, May 16, a familiar district foe stood in the way of the Warriors first championship berth since 2014: The Woodlands Christian Academy. Cypress Christian opened the game about as uncharacteristic as possible: miscommunication, poor hitting and visible nervousness. However, our Warriors kept it together and began leaning on their opponent late in the game until they took the lead for good. "The crowd was just great today. We really appreciate their willingness to miss school or work to be out here with us," said Coach Greg Bretz after the game. With such an awesome display of fan support, the Warriors knew what to expect from the crowd on Thursday night in the State Championship game and they certainly did not disappoint.

"The opportunity to play in the last game of the season is obviously a special moment, but, to do it with such a great group of young men and in front of such a great crowd, you just can't help but think of all the work and of all the people it took to get to this point," said head Coach David Swan. The Warriors embraced the moment under the lights in Crosby and took control of the game from the first half inning, in which, they plated four runs to take the lead that they would never yield. Their opponent, Lubbock Christian, a three-time TAPPS baseball champion (2015-2017), occasionally threatened on the offensive side of the ball; however, the pitching of Joseph Carbone and J.T. Tackett only surrendered a single infield hit to this potent offense and did not allow a run. Meanwhile, your Warriors tallied 11 runs on 15 hits to secure the State Championship in front of the best crowd in the state.

The trophy is back in Houston! Go Warriors!