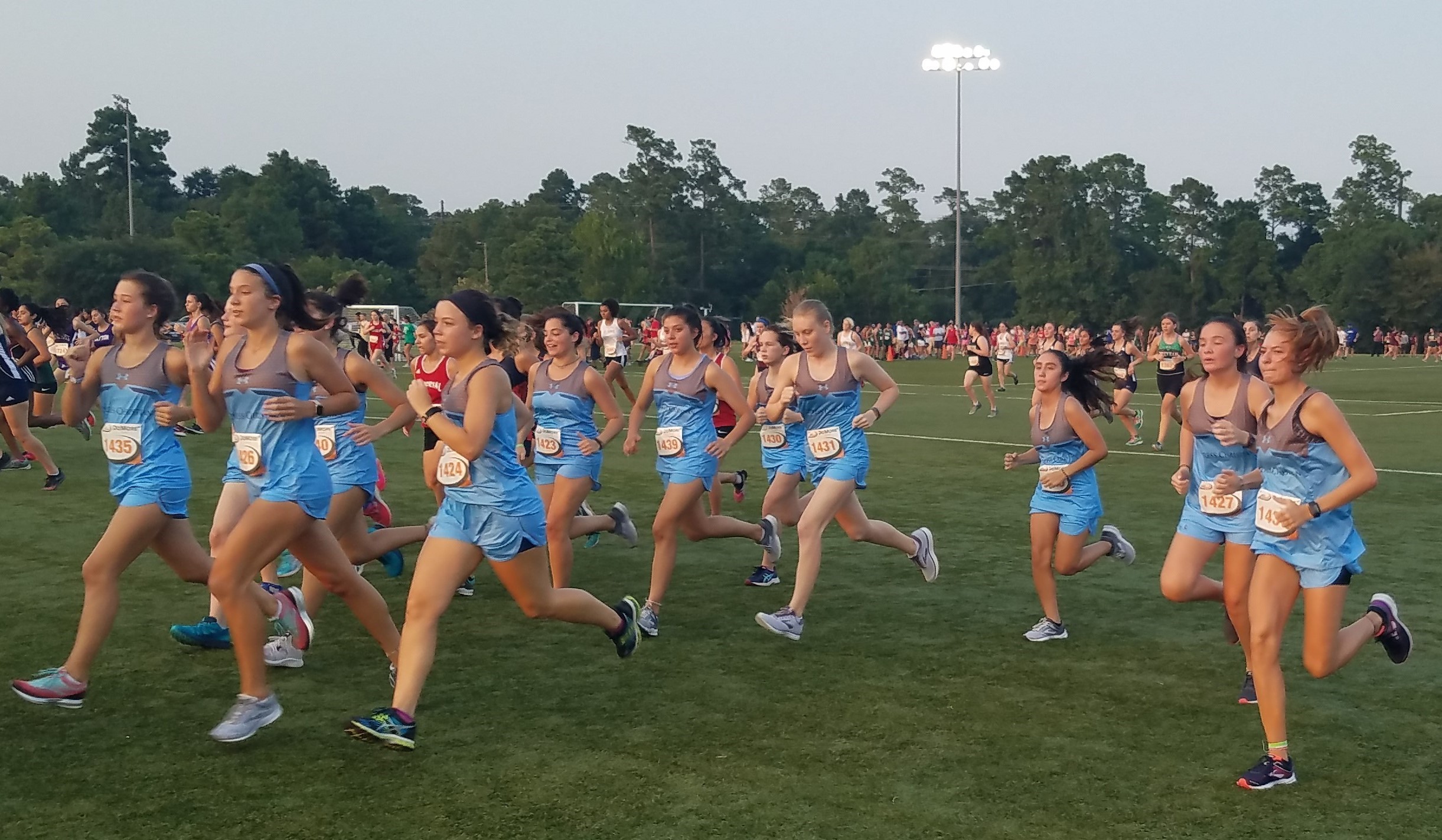 Last Friday, the Warrior Cross Country program traveled to Bear Branch Park in The Woodlands to complete in the annual Friday Night Lights Invitational. The middle school students gave a tremendous effort in their two-mile race, battling course temperatures over 100 degrees. The high school teams competed later in the evening, so the heat was not a factor but the competition from many large public high schools was intense. The Warriors competed in several different divisions throughout the evening and found themselves running against as many as 220 other runners in each divisional race. CCS was not intimidated and posted a series of great times. Landon Overton and Sophia Slabic led the Warriors for the evening.