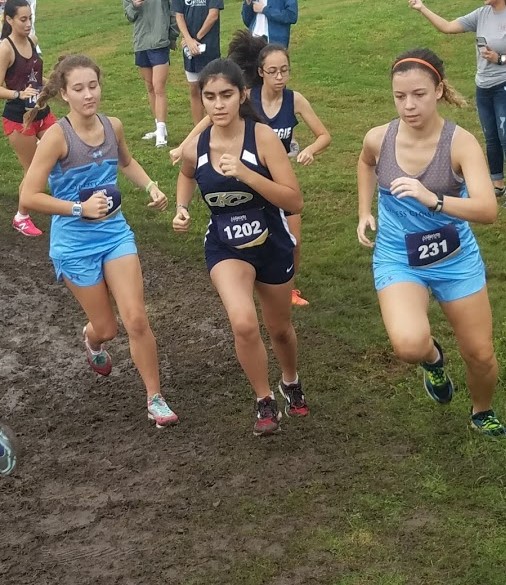 The high school Warriors cross country team took a trip into the hills this past Saturday when they competed at the Brenham High School “Hillacious” Invitational. Many coaches in the region consider this course the most difficult course in Texas due to several long hills which challenge the athletes both physically and mentally.

On a day when the team was prepared to fight the tough mental battles of running hills, they were also forced to contend with wind, rain and a course that was more mud than grass. Through it all, the Warriors once again proved that they have what it takes to succeed and competed toe-to-toe with some of the largest and fastest public school cross country programs in the Houston area. The Warriors were led on the boys' side by Garret Velez. On the girls' side, the CCS top finisher was Sophia Slabic, who finished the race despite losing a shoe in the mud in the middle of the race. The Warrior runners travel to Round Rock, Texas next week where they will be racing at the McNeil Invitational.