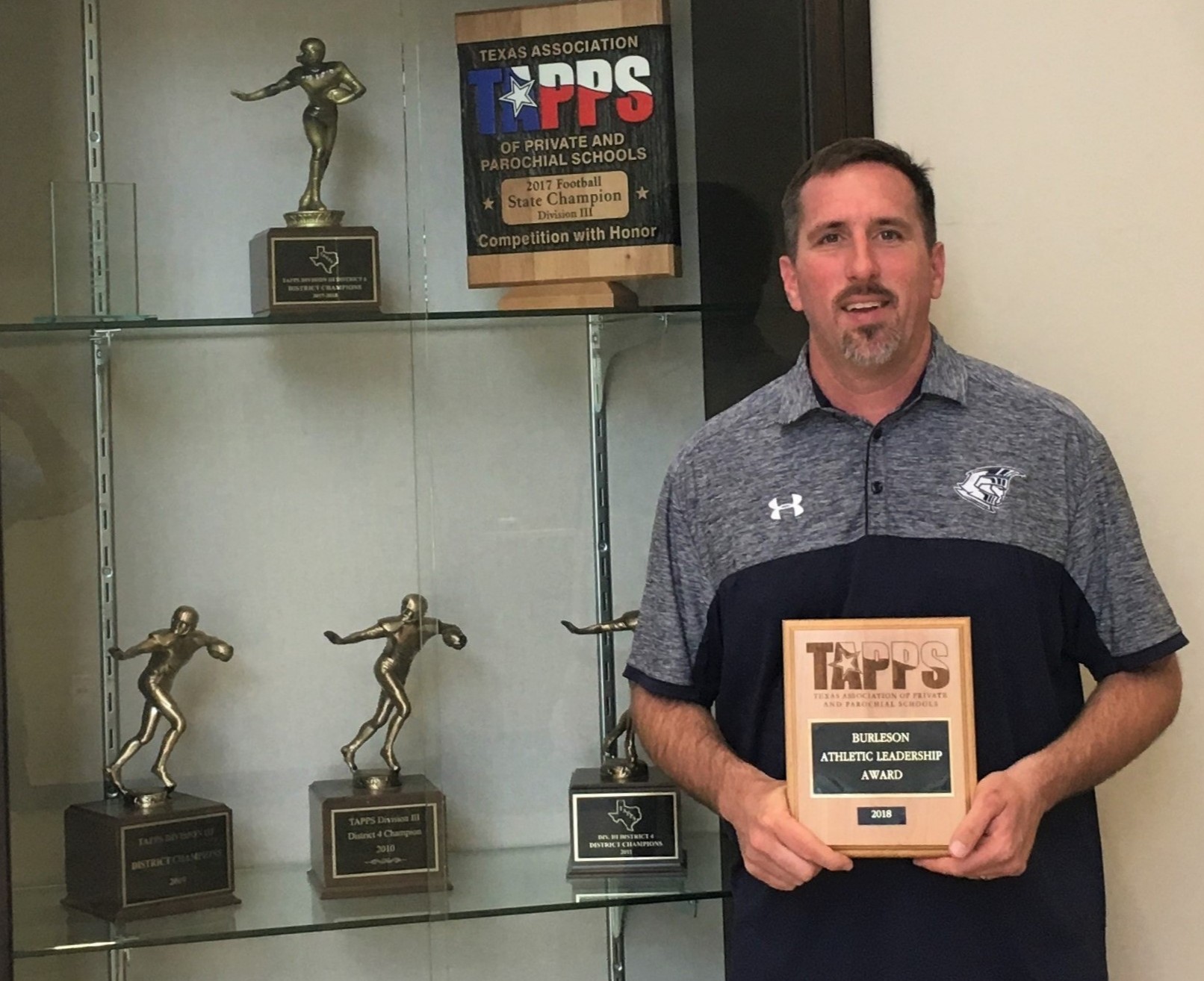 We would like to congratulate Jacob Spenn for being selected as the TAPPS 4A Top Male Coach for 2017-2018. Coach Spenn received the 2018 Edd Burleson* Leadership Award on Wednesday at the TAPPS General Convention.

Coach Spenn has consistently demonstrated strength of character and love for Jesus Christ as he has poured into the lives of young men, constantly striving to build men of character. In this process, he and his staff have built a strong football program and a winning tradition, capping it off with the Division III State Championship this year. However, when you talk to Coach, it’s not the sparkle of the ring that counts, but the opportunity to touch lives.

Coach Spenn, we thank you for honoring God with your leadership and service. We are proud of you and congratulate you on a great year and look forward to many more.

* Mr. Edd Burleson served as the Executive Director of TAPPS for over twenty years. His tenure saw TAPPS grow from 100 schools to over 230. Mr. Burleson oversaw the growth in the organization and many of the coaches serving our member schools. This award honors Mr. Burleson and is presented annually to the male and female coaches of the year who have been nominated by TAPPS member schools and selected by members of the Athletic Executive Committee. 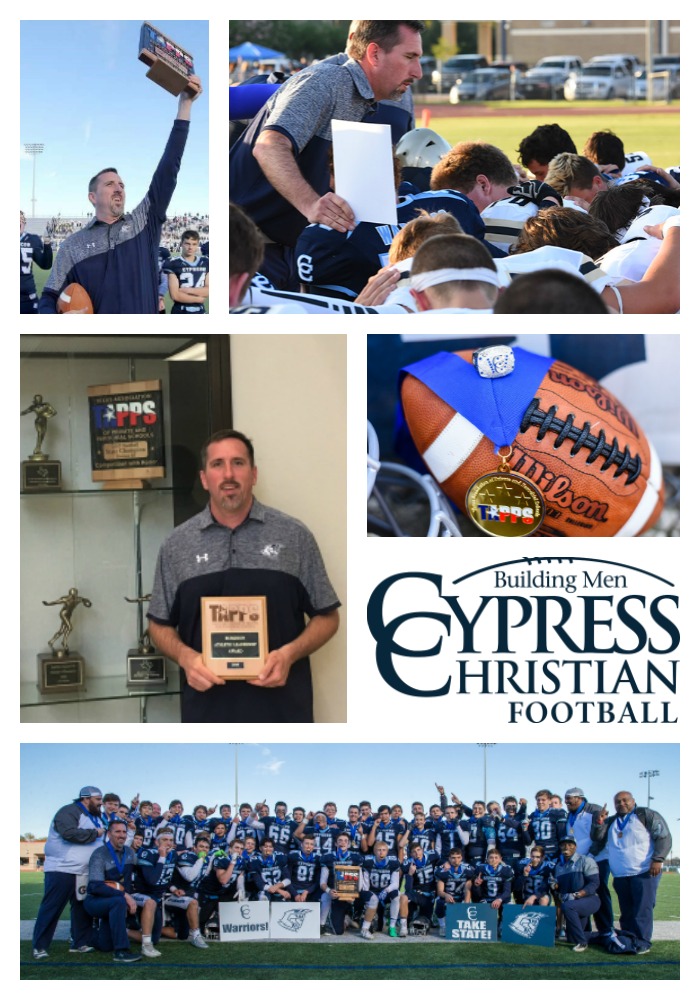