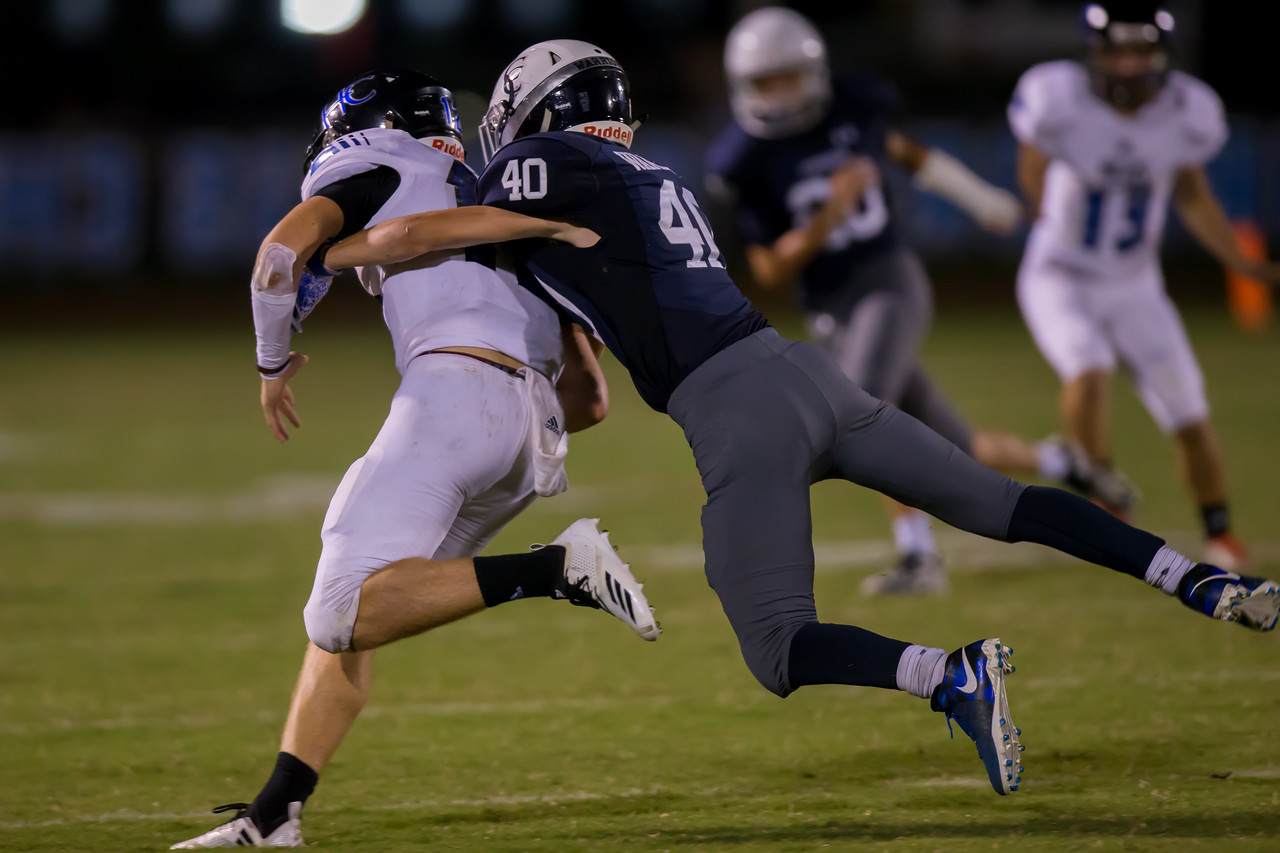 The Warriors just kept coming back against Houston Christian last Friday night. An early 12-point deficit was erased by a pick six by Christian Fleischhauer. The Warriors would fall behind again for a few moments until Fleischhauer returned a kickoff for a touchdown.

CCS trailed by 11 points at halftime and was struggling to overcome some early turnovers, but a different Warrior team emerged from the locker room. A 48-yard touchdown run by Christian Andrus sparked a second half that the Warriors won 28-0. It was Fleischhauer who would put the Warriors ahead to stay with an 86-yard punt return for a touchdown. Drue Hirth found Joseph Carbone for a second touchdown pass of 46 yards. They had also connected for 88 yards in the first half. Jackson Landrum capped the scoring with a 27-yard run. The Warriors outgained Houston Christian 337 to 301 yards.

Daniel Macune led the Warriors with 13 tackles, including two sacks and four tackles for loss. Wesley Hong had nine tackles and Cory Chapman had seven. This was the first meeting with Houston Christian in football, but the Warriors are now 3-0 all-time against SPC schools.

This week the Warriors travel to Northland Christian for a 7 p.m. kickoff on Friday.