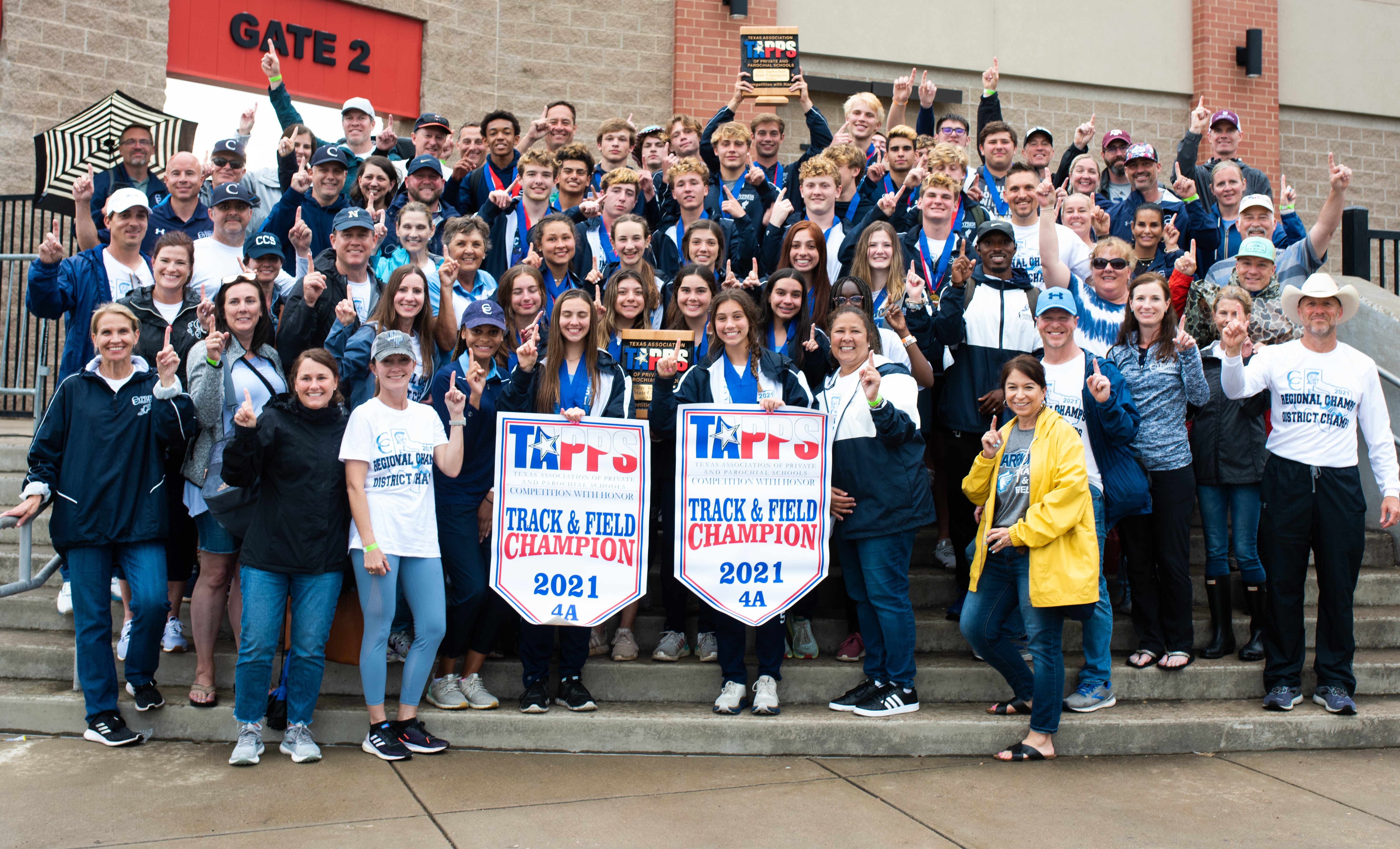 We have never won all three post-season meets in the same year with both teams! That was due to a great deal of hard work, dedication, talent and perseverance! The teams took home the gold at the state meet winning individual and relay events and scoring in other events. It was an exciting two days and rain was not a factor for the Cypress Christian athletes. They came prepared to compete at their best.

We not only won the team championships, but the athletes also shined for Christ and represented the WARRIOR nation in a great way! Not only that, we had the biggest and best parent/fan section at the state meet as well!  Every time a CCS athlete competed or was announced over the loudspeaker, the stadium heard from the WARRIOR nation! 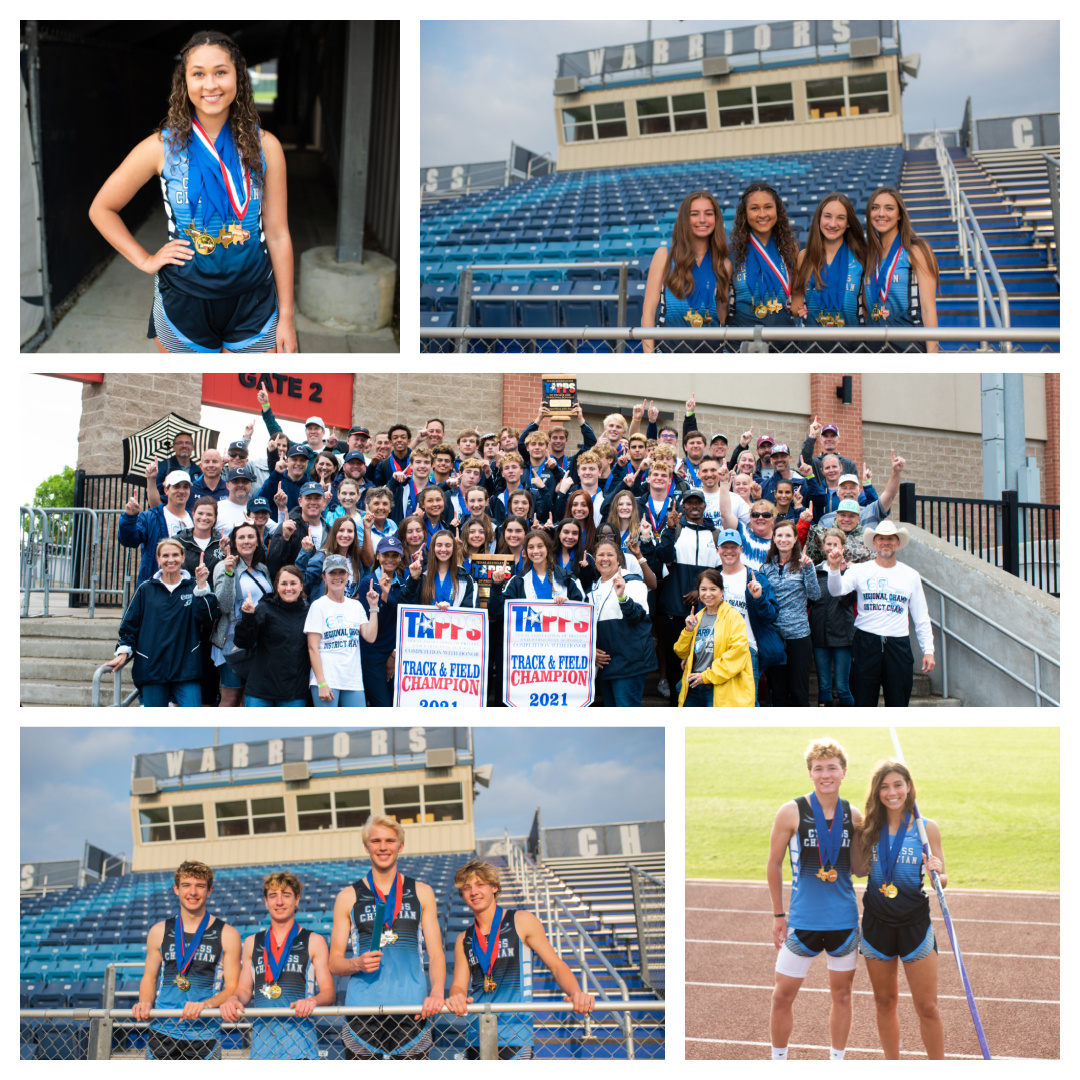