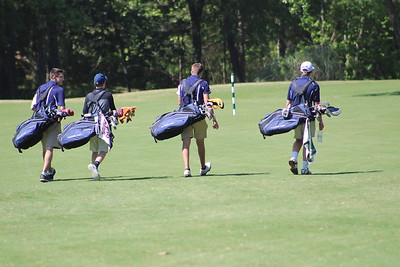 The Warrior golf team competed in the Frassati Catholic Invitational Tournament on Monday, April 9, at Windrose Golf Club in Spring. CCS was represented by five boys and three girls.

The boys team placed second in the tournament with scoring led by junior Jason Hall, who shot a round of 90. Hall also placed fourth overall in the tournament. Others competing for the boys team were seniors Nathaniel Richardson and Logan Lacaze, sophomore Vincent Summers and freshman Travis Stricklin.

Competing for the girls were juniors Kara Otts, who shot a round of 100 and placed third overall, Charlotte Achterkirch and Emily Nicholson.

Up next for the Warriors is the TAPPS District Tournament on Thursday, April 12, at West Fork Golf and Country Club in Conroe.