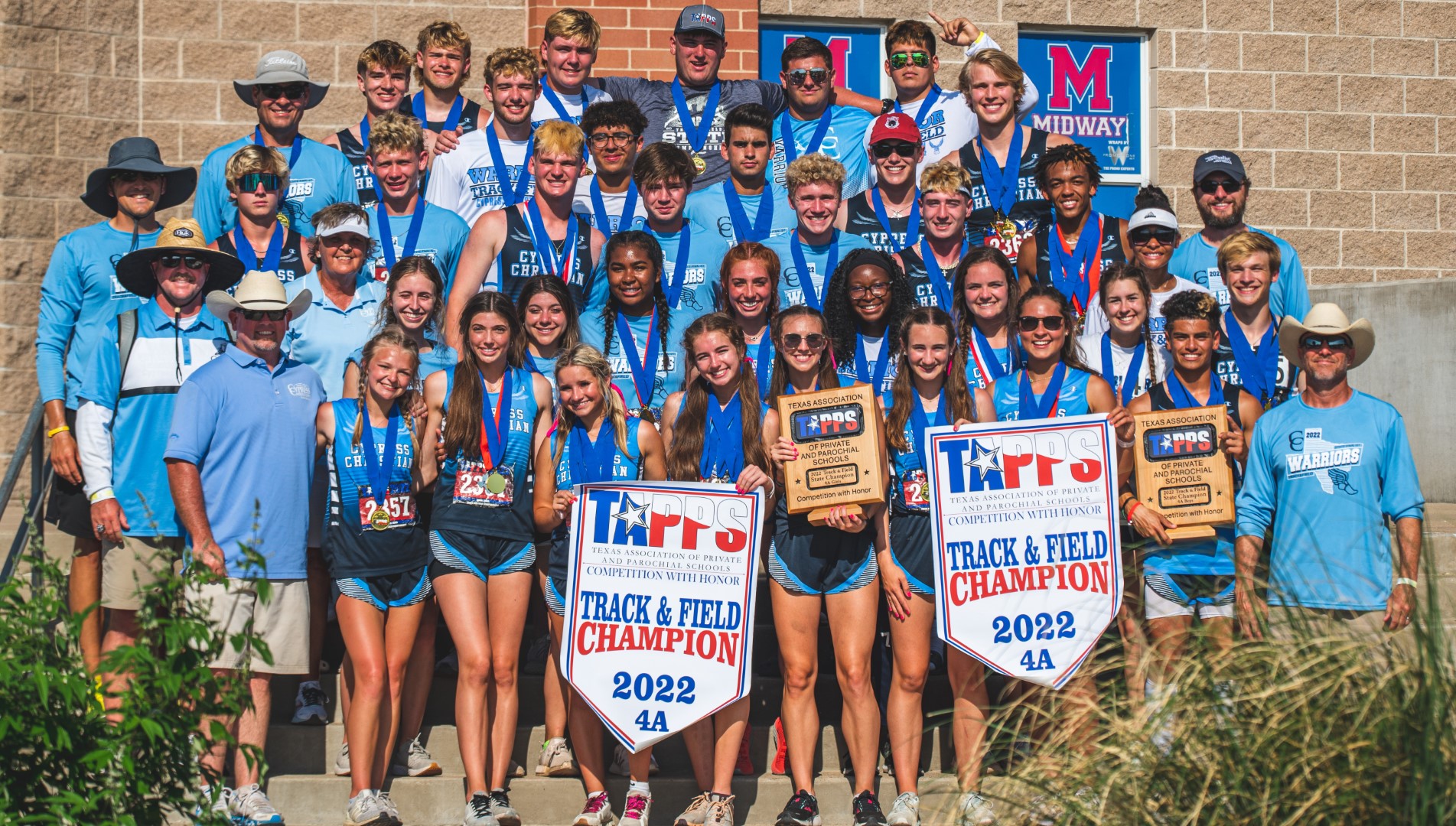 The girls and the boys track & field teams competed at the TAPPS State Meet last weekend at Midway High School in Waco, TX. It was a great two days of competition with field events on Friday and running events on Saturday. Last year, the Warriors were able to come away with two State Championships, and this year, the teams repeated, making the Warriors back-to-back State Champions as the girls and the boys teams competed incredibly well with several personal and season bests. The girls team had nine personal records and the boys team had eight personal records achieved at the State Meet.

The coaching staff is so proud of each of the athletes who came ready to compete!