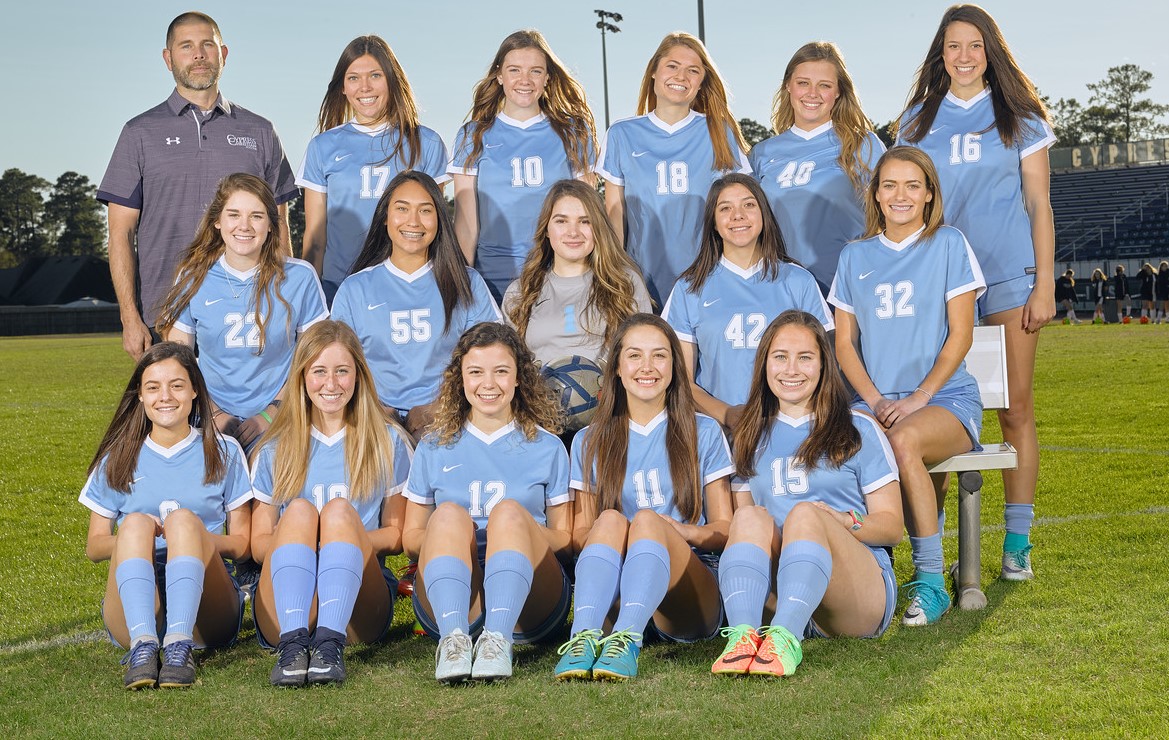 The CCS Lady Warrior soccer team set a goal before the season started to finish in either first or second place in our district. At the conclusion of district play, the girls had compiled an impressive record of 14 wins, one tie and four losses. Throughout the season the Lady Warriors scored an amazing 65 goals while only allowing 21 goals. The Lady Warriors accomplished their pre-season goal and earned a second place finish in TAPPS Division II - District 7. Coach Mudrow said, “The amazing thing about our second-place finish is that three of our four season losses came from the two teams (Grapevine Faith Christian and Second Baptist Academy) playing in the 5A TAPPS State Championship this weekend.”

In the TAPPS playoff Bi-District game, the Lady Warriors matched up with St. John Paul II from Corpus Christi and started off the evening by scoring the opening goal only one minute into the game. Cypress continued to play hard and cruised to an easy 4-0 victory.  In the TAPPS Area playoff round, the Lady Warriors met a familiar league rival, The Emery/Weiner School,  who CCS had beaten twice during the regular season in two closely fought contests. CCS struggled to score early in the match but ultimately dispatched Emery by a score of 2-0.

In the TAPPS Regional round, CCS matched up with a powerful San Antonio Christian School who had finished last year as the runner-up in the state championship game. The Lady Warriors struck first on a nicely placed shot by sophomore Rachel Smith and went into halftime holding a narrow 1-0 lead. San Antonio Christian pulled the score even only two minutes into the second half with a perfect free kick from just outside the penalty box. After 80 tough minutes, the game went into overtime where the two teams battled like two veteran heavyweight boxers throwing punch after punch, but neither team could deliver a decisive blow and after twenty more minutes of soccer, the teams squared off in a penalty kick shoot-out. In soccer, it takes a great team and a little bit of luck to win a championship and this past Friday, two great teams battled to a draw, but San Antonio Christian was just a little bit lucky and defeated our Lady Warriors in the penalty kick round.

The Warriors were led by a veteran group of seniors who will be greatly missed, but the strength of the team lies not in the individual skills of any one athlete but in the greater combined desire of a program that will continue to grow and excel for years to come.