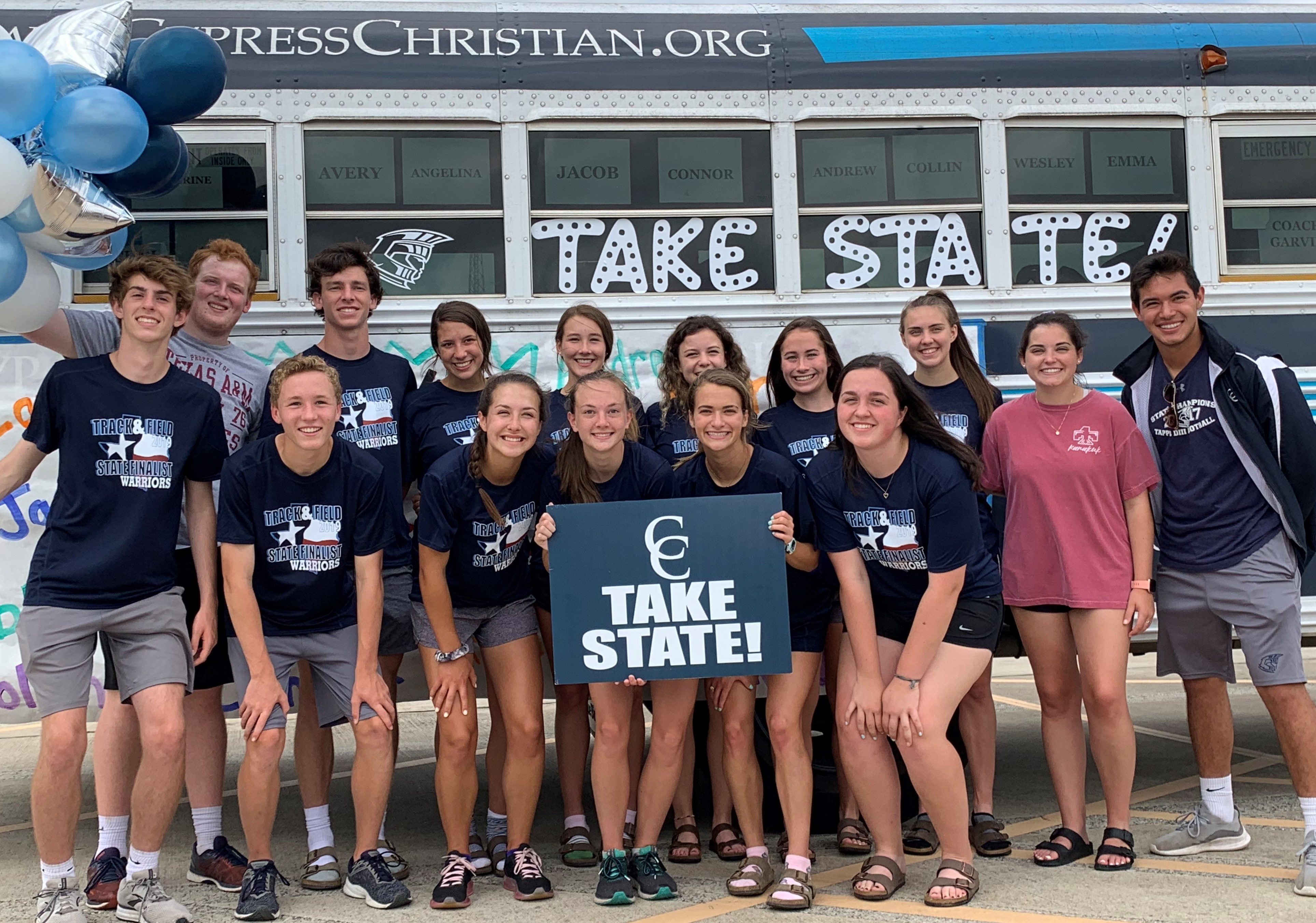 The CCS high school track & field team had a great day at the Regional Track & Field Meet on Thursday, April 25, in Bastrop, Texas. There were 27 athletes who competed that day. The girls team ended up bringing home the third-place team plaque, just 4.5 points shy of regional runner-up. It was a great surprise, as our number one goal was to get as many athletes to TAPPS State as we could. The top four in each event advance to the state meet in track and field. Here are the results:

We have nine girls and three boys moving on to state in 12 events. State will be held May 3-4 at Midway High School in Waco, Tx.

We are proud of our Warriors!