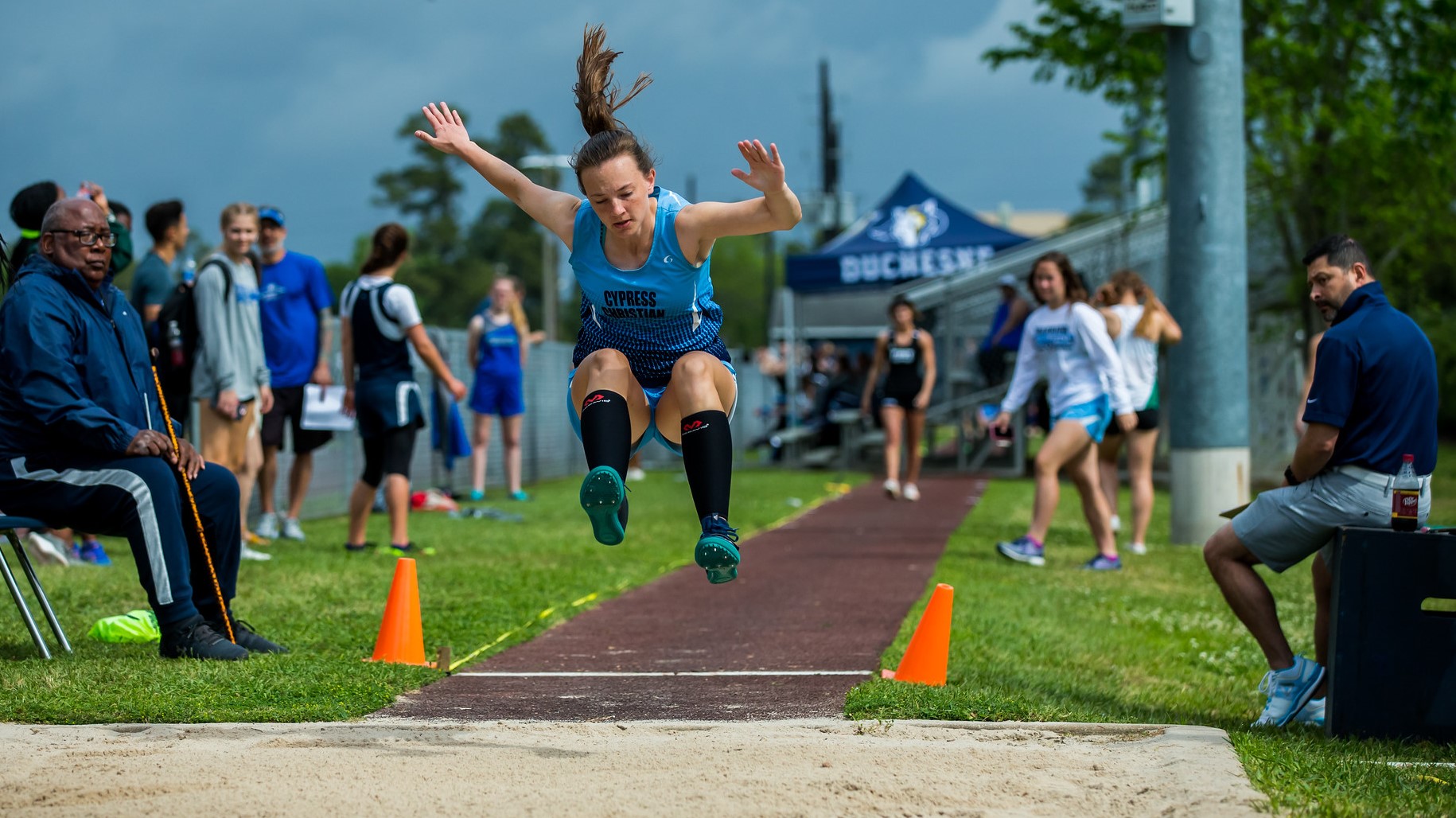 High school track & field had an incredible season with the boys team winning three invitational meets and placing second in the district meet. The girls team won one invitational meet and placed second in four meets and then went second in the district meet, third in the South Regional meet, and fifth place in the State 5A meet. The Lady Warriors were the highest scoring team from our district in the regional and state meets and only one point away from being recognized as the top four in TAPPS 5A State.

As one can see, it was an incredible season! This was a season made of adventure. The coaching staff went to seven coaches, which was great because the team had 54 girls and boys on it, which is the largest high school team CCS has ever had for track & field. We had JV girls and boys teams who competed in four meets. There were more newcomers to track & field than ever before, so the coaching staff was busy teaching and training in all of the new events. These students were eager to learn and it paid off.

Both varsity teams competed well all season and worked hard at district, earning second overall to Lutheran South. Twenty-seven girls and boys traveled to Bastrop for the South 5A Regional meet on April 25 and even through tough competition and adversity, persevered. Twelve athletes earned their way to the TAPPS State Track & Field Meet which was held May 4 at Midway High School in Waco. The normal two-day meet was combined into one due to bad weather.

The entire State trip was filled with crazy and wild adventures, including bus issues, thunderstorms, time off, injuries and a tough day of competition, but our Warriors rose to the occasion. They competed at their best and proved how resilient these Warriors are. The day began with running for the 5A.

Then we turned our attention to the field events.

Connor Newell, coming off of a hamstring injury which hampered the last half of his season, ran hard in the 110 m. hurdles but hit the next to last hurdle, which caused him to fall and took him out of the race. We will be looking for an incredible senior season next year as we are sure he will make up for it. Jacob Hotchkiss, our team leader this season, competed in the 200 m. dash and was in the front group coming out of the curve but pulled his hamstring, and being a competitor, finished the race anyway. Although he didn’t finish where he wanted to be, the coaching staff and the team all agree that Jacob has been a winner all season in practice, in competitions, and in the example he set for the team.