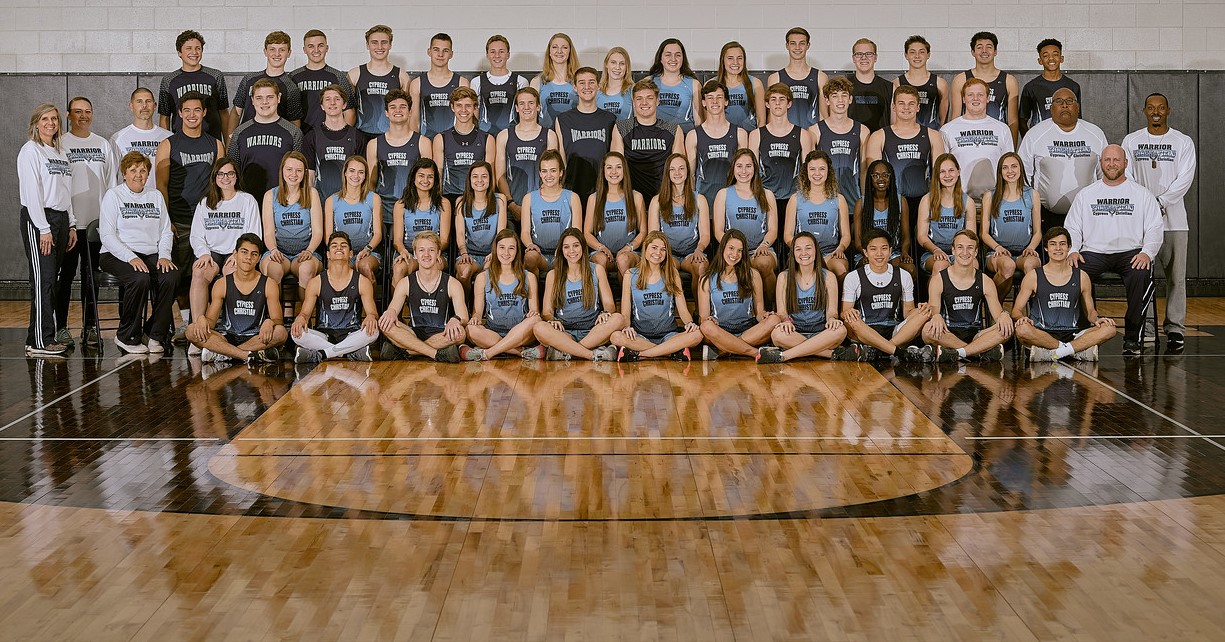 The high school track & field team celebrated the season on Monday night and awards were presented. Delaney Heath and Jacob Hotchkiss earned the Most Valuable Athlete awards for the year as they have competed at the top in all of their events all season long. Delaney earned 192.5 points for the girls team and Jacob earned 152 points for the boys team through all of the meets, leading their teammates. This is impressive, but the difference-maker was their attitude, their diligence in practices and their commitment to being the best they could be all season. They are each great competitors, but they proved once more to be great teammates, encouraging and supporting others as they both ran on relay teams for the season. Delaney and Jacob have both been so fun to watch compete and as they go off to college next year, we know they will do well in this next step in their lives. God has gifted them with numerous talents and abilities and we will be excited to see what their futures hold.

Amanda Boyd and Daniel Macune were chosen by the coaches as the Timothy Award winners. This is an award for Christian character, and even though these two were incredible in the track program, they were even more steadfast in their faith and their willingness to take a stand for Christ. Amanda and Daniel are both team-oriented and they competed this season as members of relay teams, always giving their best, but also encouraging and believing in their teammates. They were positive and strong, never wavering in their faith and in their commitment to their teammates. They are both great examples of what Timothy was like. They are definitely genuine and we are excited for them as they move on to their future choices. As was shared Monday evening, Daniel will need all of this incredible character when he enters the United States Military Academy at West Point in July.

Emma Muehlenbrock and Charlie Mills were each selected to receive the Warrior Award. This is an award given to an athlete who truly gives so much to the team that they can’t fit in just one division. They give everything they have and compete at a higher level than most. Emma is a workhorse and is so devoted and committed to competing at a higher level, that most times she is the last one to leave practice. She is a hurdler and that in itself sets her apart as she tackles a race that purposely puts obstacles in your way, but that just drives her even more to be the best. She is tremendous in the relays and she will give you everything she has and supports her team too. Emma qualified for State in all three of her events, evidence of her commitment and diligence. Charlie is new to us this year, but it was clear from the start that he is a worker. Even though he is a senior and could have just coasted through the spring semester, Charlie took to the distance events, just as he did in the cross country season. Charlie competed in all three distance events throughout the season, constantly improving in each one, because of the commitment and dedication he showed. He was a Warrior in the sense of never quitting and always striving to be the best he could be on a daily basis. It is easy to see Charlie will do well at the United States Military Academy at West Point this summer.

The Rookie of the Year Award went to two athletes new to high school track & field. Now, Abbie Hirth competed in middle school track & field and the coaching staff was excited to see what she could do on the high school level, but she still surprised us as she moved daily from high jump, to sprints, to relays and gave everything in each event. Abbie is so easy-going and when we moved her from sprint to sprint and relay to relay, we were always amazed at how easy she took to the changes. The one thing that sets Abbie apart is, although she might be laid back in some things, she is a competitor when she gets to an event. She obviously gave her all in the high jump, but she also made it to regionals in the 100 m. dash and the 4x400 m. relay and to state in the 4x200 m. relay. Abbie is going to be fun to watch as she continues her high school career. She was so impressive this year. Blake Stovall is brand new to track & field as baseball used to occupy his spring season. We are thrilled that he came over to track & field because he has many gifts. He took to high jump quickly, he ran dashes and competed in relays well, but then he decided he wanted to learn the 110m. hurdle race, which is very tough. Blake made it look easy and had a great season in this event, too. He competed on the 4x400 m. relay team and went to regionals in that. Next year, we expect to see him succeed in so much as he seems to be a natural in every event.

Katherine Echols and Wesley Hong earned MVP of the Throwers as they each had great seasons. Katherine didn’t let 5A phase her as she set a new school record in discus in April and made it to the State meet. Wesley was a tremendous team leader and started the season with a bunch of freshman boys following his leadership. He took the time to help everyone in shot put and discus all season long, and he had a breakout day at district which gave him his first opportunity to compete at the regional meet. Everyone was blessed by Wesley and his dedication, leadership and commitment to help those around him.

Lauren Storey and Andrew Smith earned the MVP of the Jumps as they both set new school records in the pole vault and they each competed at State, a first in CCS history. Lauren and Andrew were new to the sport but that didn’t phase them. They worked long hours and learned so much due to their diligence and commitment. We are so proud of them. Even though Lauren is a senior, she set the bar high (pun intended) for the girls to follow. As a freshman, Andrew may be setting many new records in his future. He is a natural.

Sophia Slabic was selected as the Outstanding Distance Runner with an incredible season. She was so impressive in the fact that she chose to compete in all three distance races and qualified for regionals in each one. At the regional meet, she had to run in all three events on the same day. This was tough, but she, being the competitor she is, gave her best and just missed qualifying for State in all of them. Sophia is dedicated to all she does and she has proven this time after time. We are looking forward to this commitment keeping her going strong in college.

It was a tough year in 5A, but these CCS Warriors and their teammates made it look easy. The coaching staff is proud and honored to have worked with all 54 athletes.