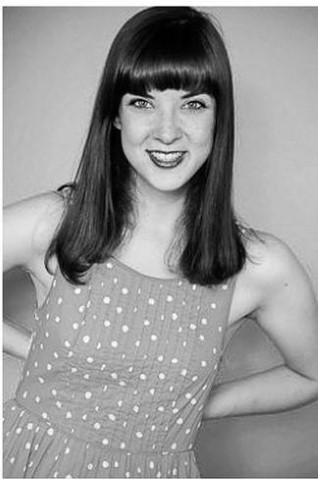 Lindsay Ehrhardt (class of '05) will perform with the A.D. Players in their upcoming production of the classic comedy "You Can't Take It With You." The show runs every Thursday through Sunday  May. This play premiered on Broadway in 1936 and won a Pulitzer prize. It was adapted into a movie and won the Oscar for Best Picture in 1938. Lindsay plays the role of Alice in her first production with A.D. Players. She is thrilled to be working with this well-respected company and in the new A.D. Players theater in the Galleria area.For dates, times and ticket information check out the theater's website.

She is a company member at  Classical Theatre Company. Lindsay has appeared at CTC as Gwendolen Fairfax The Importance of Being Earnest as well as Dunyasha in The Cherry Orchard. Previous credits include: Grace in Tigers Be Still, Jo in Boom and Heather in Assistance with Black Lab Theatre; Mary in Late: A Cowboy Song with Mildred’s Umbrella; Tatiana Bakunin in The Coast of Utopia: Voyage, Tata Herzen in The Coast of Utopia: Salvage, Tiffany in My Wonderful Day, Cat in The Cat in the Hat, Meg Murray in A Wrinkle in Time, Ms. Frizzle in The Magic Schoolbus Live!, and Mom/etc in Superfudge with Main Street Theater; Anna in The Rainbow Lands with 14 Pews; Scrooge in A Christmas Carol and Goldilocks in Goldilocks & the Three Little Plays with InterActive Theater; Annelle in Steel Magnolias with Sugarland Imperial Theater. Education: Baylor University, BFA Theater Performance.