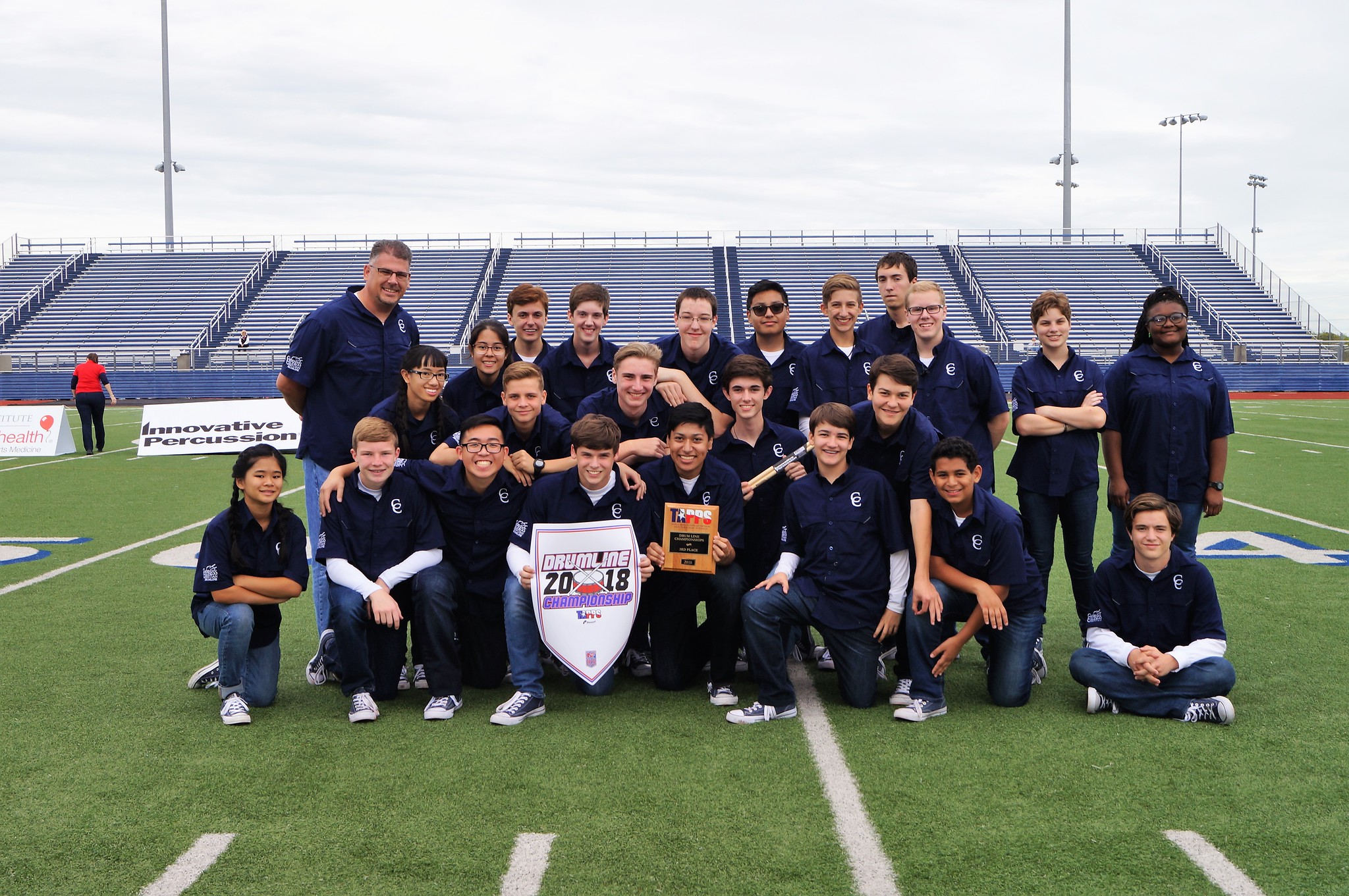 When the Warrior Drumline began practicing on August 6, it welcomed eight new members. Additionally, seven other members were playing different instruments than the previous year. With 15 of the 23 students learning new parts, the drumline had a lot of work to do in order to prepare for their first performance at Blue and White Night.

Since that debut performance, the Warrior Drumline has continued to learn some of their favorite cadences as well as work on new ones. Their two hours of daily practice culminated on October 22 at the TAPPS State Competition. The drumline put on their best performances of the year and received the loudest applause from the crowd at Midland Stadium. The final results placed the Warrior Drumline at third in Tier 1.

The drumline will participate in a second competition this year on November 10. At that time they will participate in the sixth annual Drum Along The Brazos in College Station. They will again perform their show ‘We Feature Our Percussion Section’ and have the opportunity to interact with drumlines from the area.

Click here to view a video of the performance.