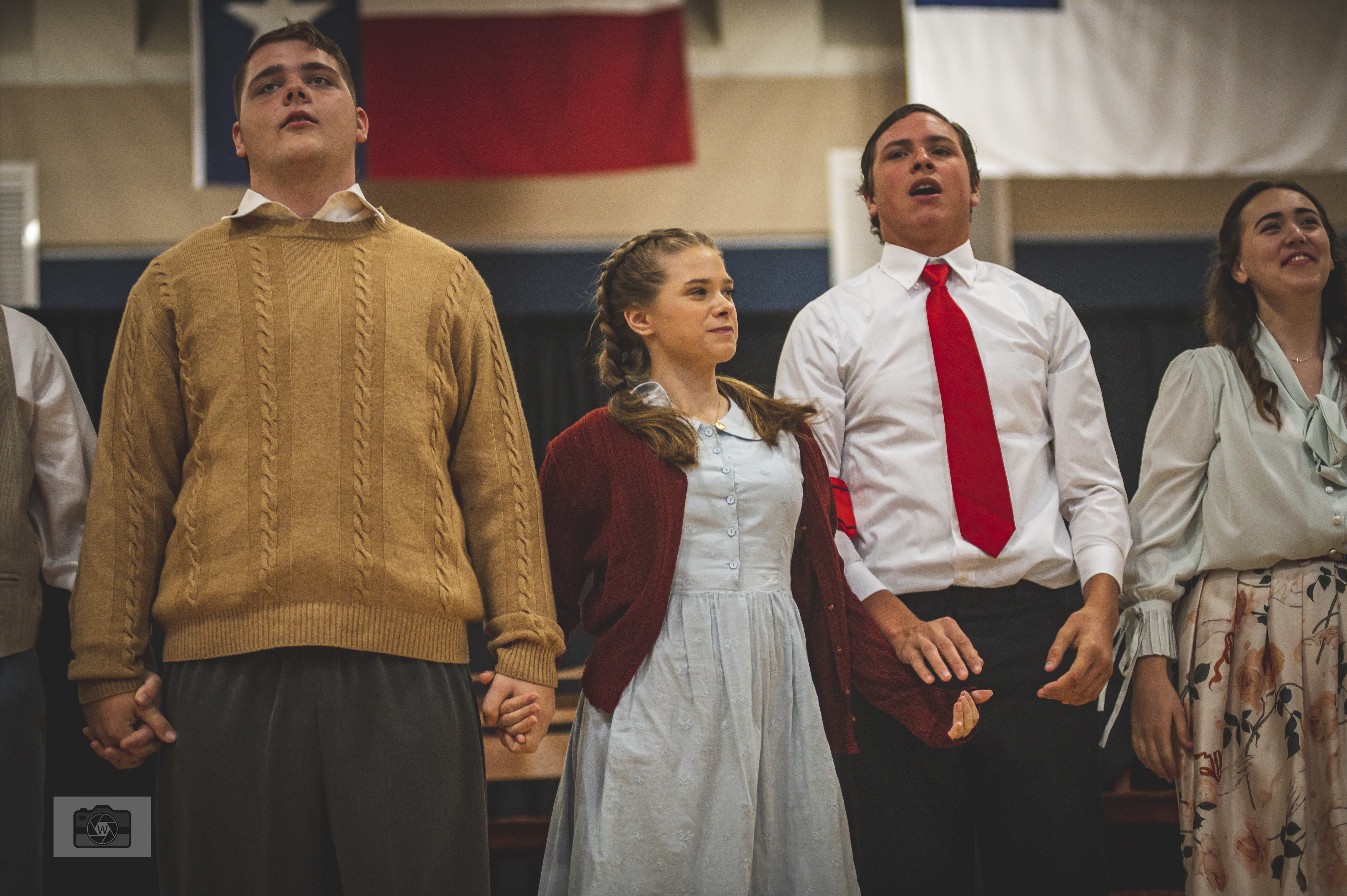 On Thursday, October 28, Cypress Christian School’s One Act Play students competed in the Division II, District 4 TAPPS One Act Play Competition in Huntsville, TX with their performance of Antigone in Munich by Claudia Haas.

Students worked diligently as a team and received the award of District runner-up (second Place) and Superior ratings in the categories of characterization, believability and direction. Students were commended on their ability to work as an ensemble both on and off stage. Kiley Kreitz was awarded Best Technician for her role as Stage Manager. Alli Crawford, Gia Granato and Carolyn Trent were awarded Honorable Mention Cast members for their performances as Sophie Scholl (Interrogation), Traute Lafranz and Louisa Cohen.

McKenzie Davenport and Jackson Murrill were awarded All-Star Cast members for their performances as Sophie Scholl (Flashback) and Robert Mohr.

﻿By obtaining these ratings and awards, they are now qualified to attend the TAPPS State One Act Play Competition in Kerrville, TX on November 12 and 13. Way to go, Warriors! Let’s bring some hardware home from STATE!