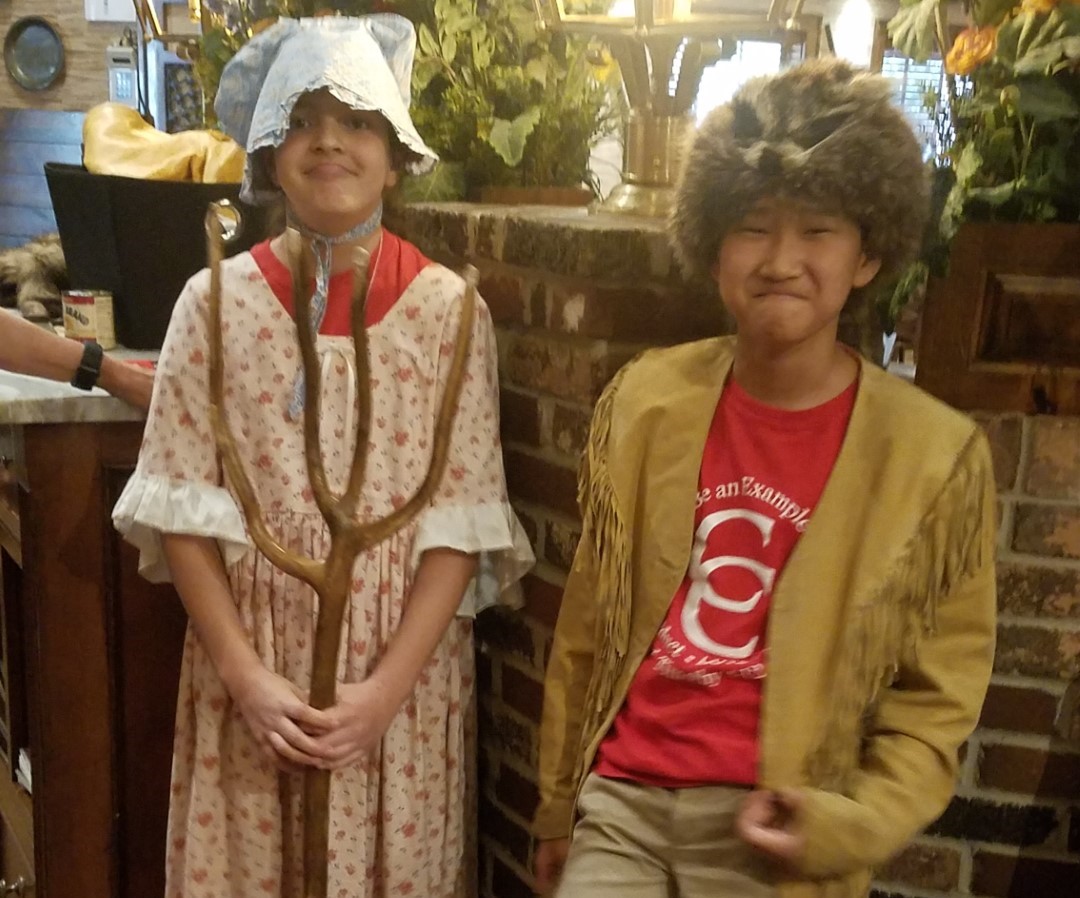 Fourth-grade students enjoyed a fun day on Monday, April 8, learning more about Texas history. Their first stop of the day was Taste of Texas, where Mrs. Nina Hendee never disappoints in her enthusiastic presentation about early Texas history. She shared information about many of the priceless artifacts that are on display in the restaurant, including documents with signatures from Moses Austin, Stephen F. Austin, Jane Long, Gail Borden, Antonio Lopez de Santa Anna, William Barrett Travis, Sam Houston and more. She had two students dress up to represent an early Texas settler and Colonel David Crockett, which the other students thoroughly enjoyed. Their time at Taste of Texas also included a visit to the kitchen and a yummy lunch. Mrs. Hendee is so gracious to offer these school tours to CCS and countless other schools in our area, and her hospitality has blessed over 400,000 fourth-graders over 30+ years!

Their second stop of the day was the San Felipe de Austin State Historic Site, located in San Felipe near Sealy, Texas. San Felipe was the capital of Stephen F. Austin’s colony, where he settled with the original “Old 300” families. The new museum at San Felipe just opened last April and is very nice. The students enjoyed video presentations, interactive displays and exhibits with many artifacts found through archaeological excavations at the San Felipe site. Students were able to experience what life was like in Texas before and during the Texas Revolution. Special emphasis was given to the Runaway Scrape when townspeople fled after receiving word of the terrible defeat at the Battle of the Alamo. Entire towns like San Felipe de Austin were purposefully destroyed in anticipation of the arrival of Santa Anna’s troops. Students left San Felipe with a better understanding of this difficult part of the Texas struggle for independence.

The group was thankful for the beautiful weather and wonderful parent volunteers who helped them enjoy the day learning more about the rich and interesting history of the great state of Texas!