On Friday, January 10, Spanish III Honors and Spanish IV AP students took part in a two-hour murder-mystery event conducted entirely in Spanish. Each student played the role of a storybook or fairytale character as they tried to solve the mystery of "Who Killed Bo Peep?"

During three rounds of questioning, each player tried to convince others of his/her innocence while casting blame on someone else. Several dressed in character and their enthusiasm was catching, encouraging all to participate to the fullest. There were many twists and turns with surprises such as Robin Hood proposing to Red Riding Hood. This was definitely a challenging activity but was so much fun, students didn't mind missing lunch to play. Their ability to converse and problem-solve in Spanish was impressive with two students solving the murder. 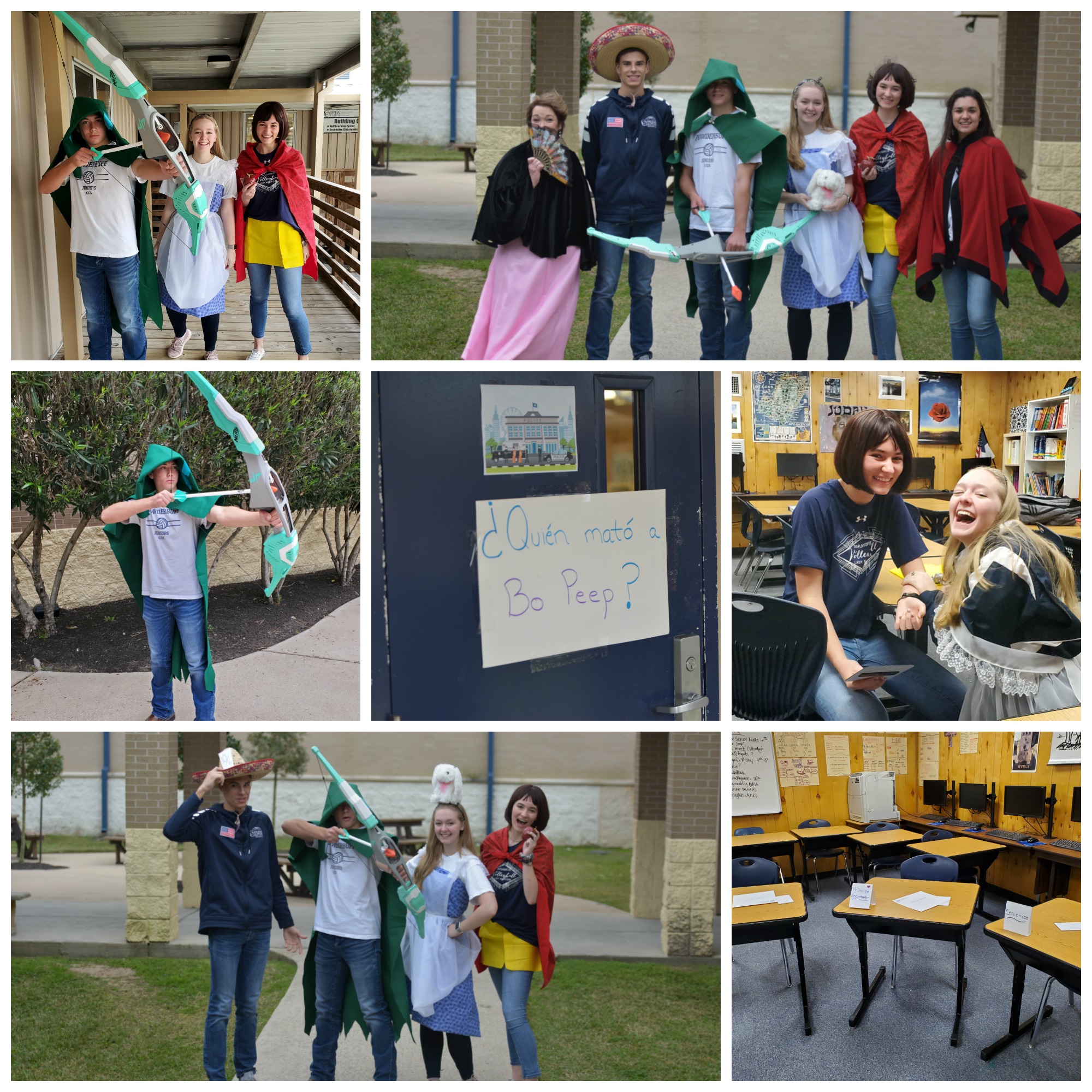