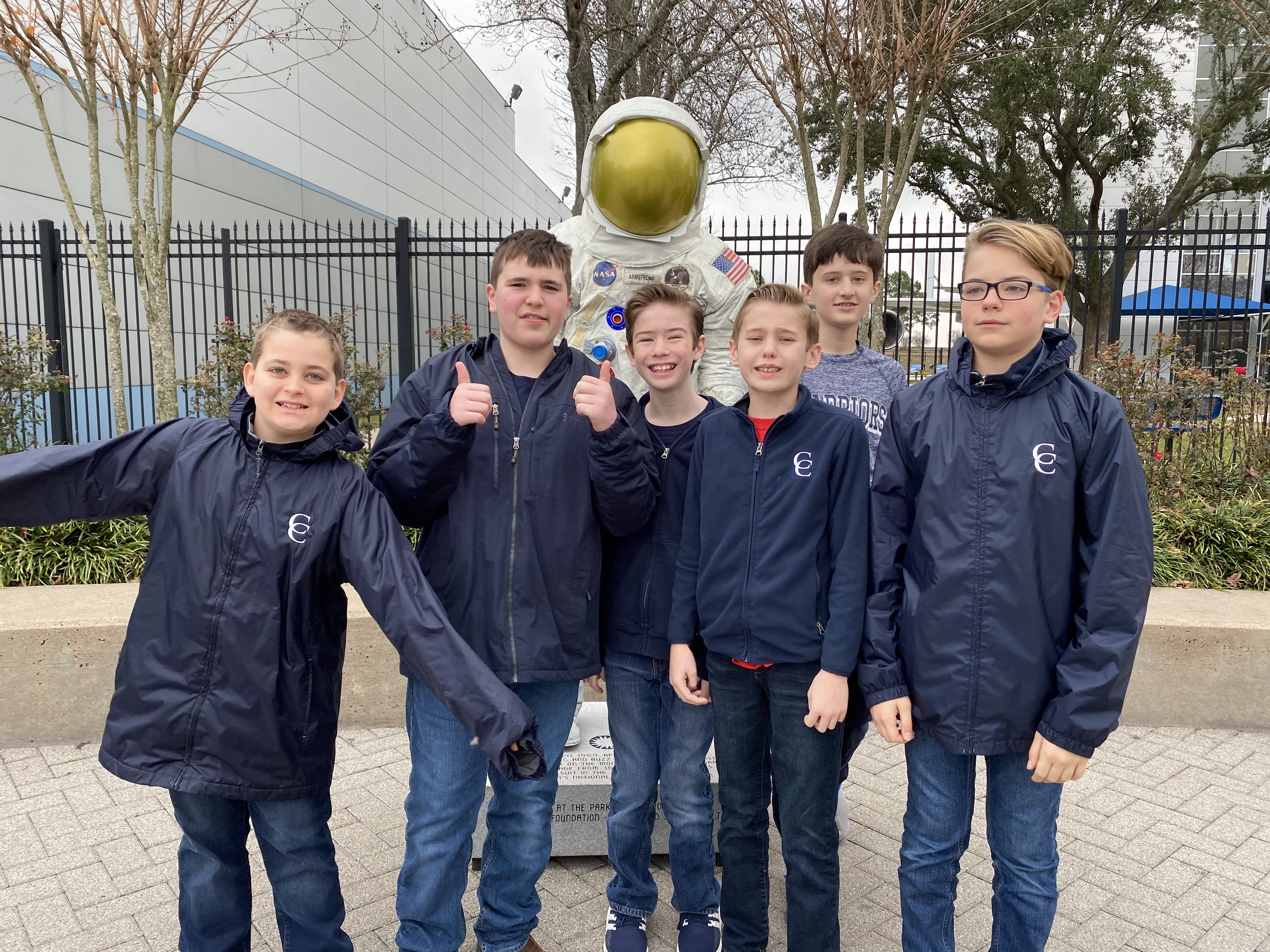 Last Friday, sixth-graders spent a beautiful day at Space Center Houston and Johnson Space Center. The students were treated to a guided tour through Starship Gallery, a museum of space artifacts. The tour began with Robert Goddard’s liquid-fueled rocket and progressed through the timeline of human space exploration. Students saw authentic flown spacecraft and followed the space race and subsequent development of international cooperation. Future explorers were able to touch a moon rock and got close-up views and stories of these national treasures.

Students also took a tram tour which included two stops. The first stop was the Space Vehicle Mockup Facility in Building 9 where NASA astronauts train for current missions and where scientists and engineers are developing the next generation of space exploration vehicles. The second stop was Rocket Park, the home of one of only three remaining actual Saturn V rockets along with other rockets that propelled space exploration.

This was a great day of both learning and fun! 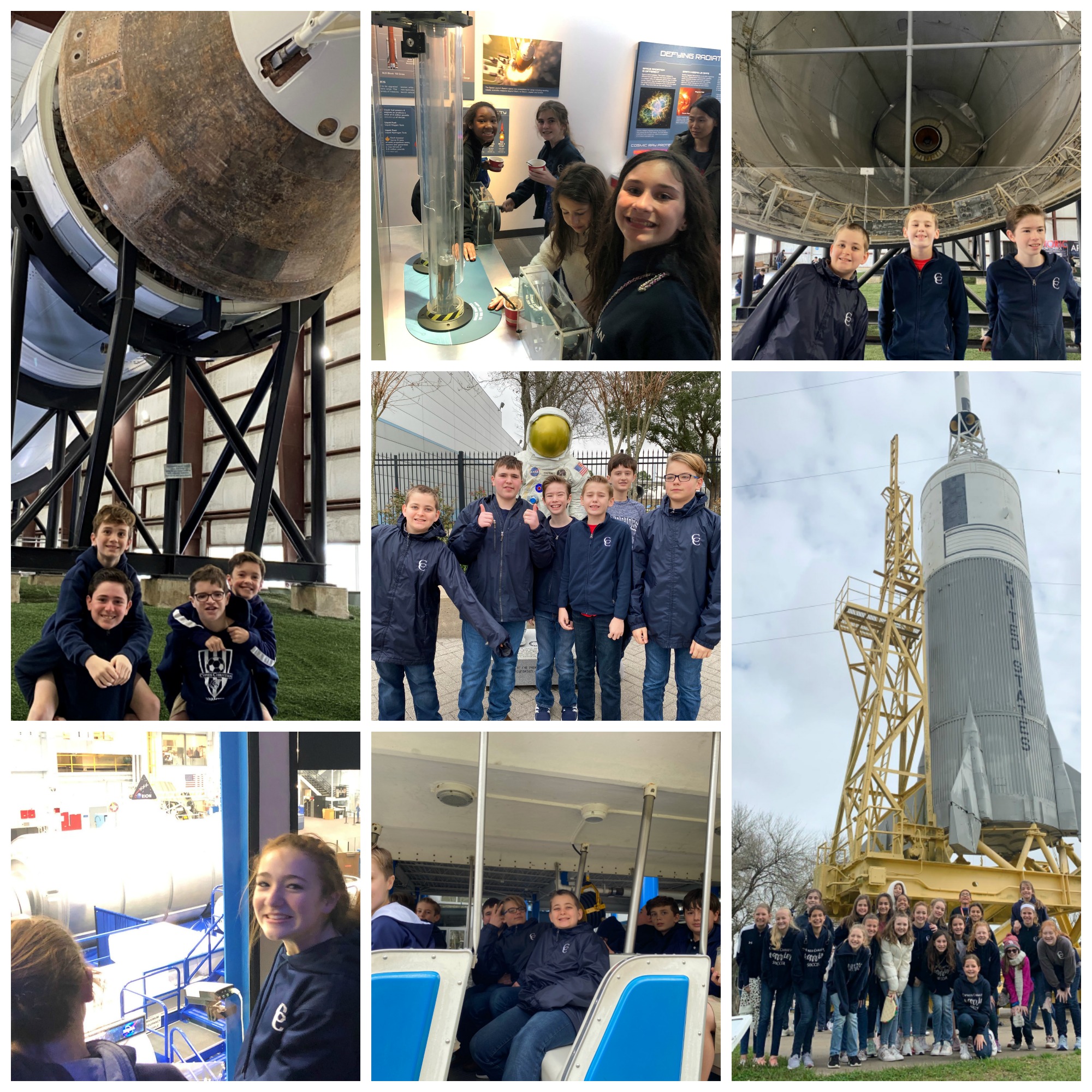