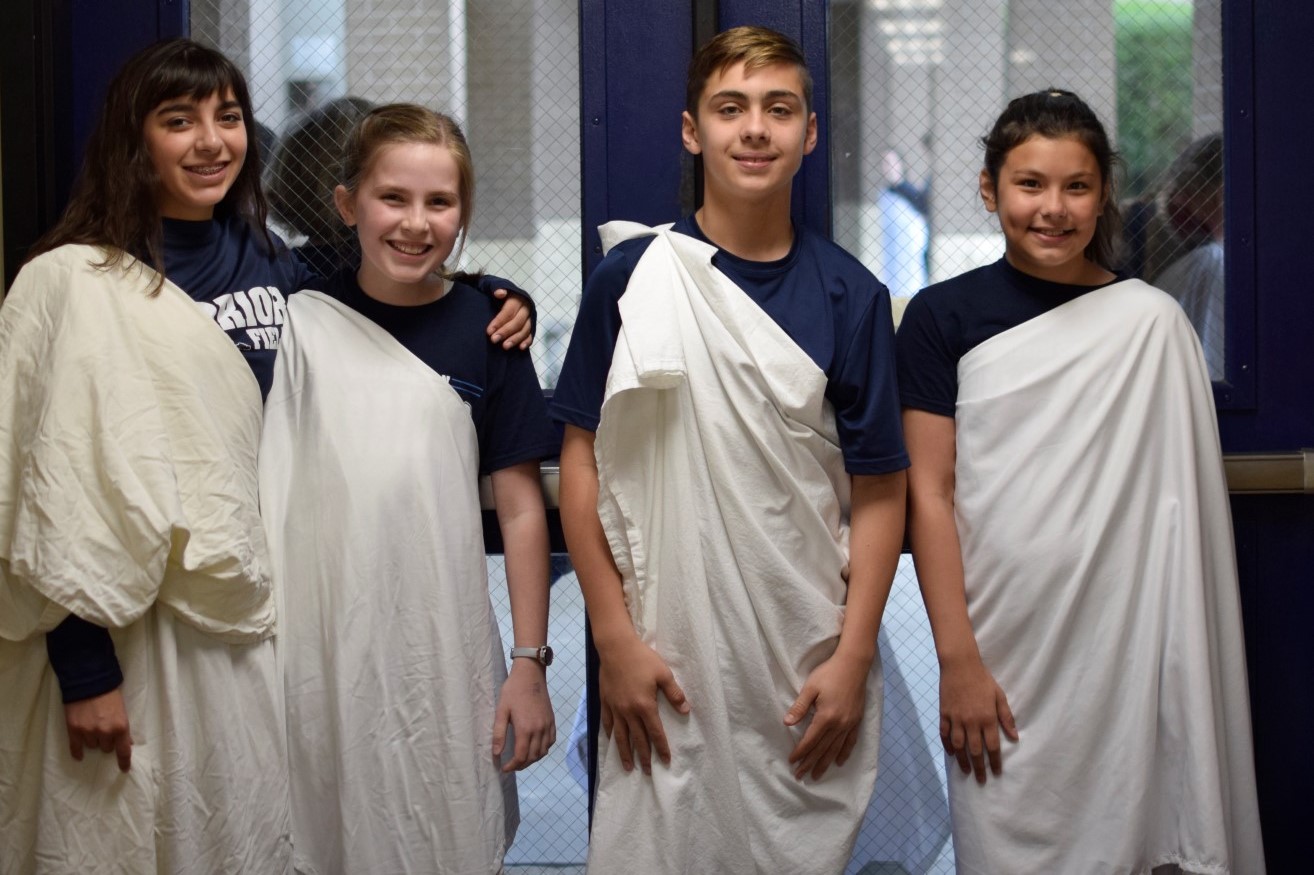 Sixth-grade students completed their studies of Ancient Greece with the annual Greek Festival on February 21. After learning about the Ancient Olympic Games, students started off the day competing in events such as discuss (with tortillas), shot put (with softballs) and javelin (with pool noodles).

After bringing the festival inside, the students competed in three other events. In the Quiz Bowl, students competed to see who could recall the most from their unit of study. During one session they played the card game they made as a project during the unit. They also had the opportunity to race and solve puzzles based on Greek Mythology to see who could decode the secret message and “escape the room”!

A big thank you to all of the parents that helped out throughout the day and provided wonderful Greek snacks for the students as well. It was all the culmination of their unit-long competition between Greek city-states. The top city-state in each period was awarded a bag of “gold” and a crown of golden leaves – awesome job!