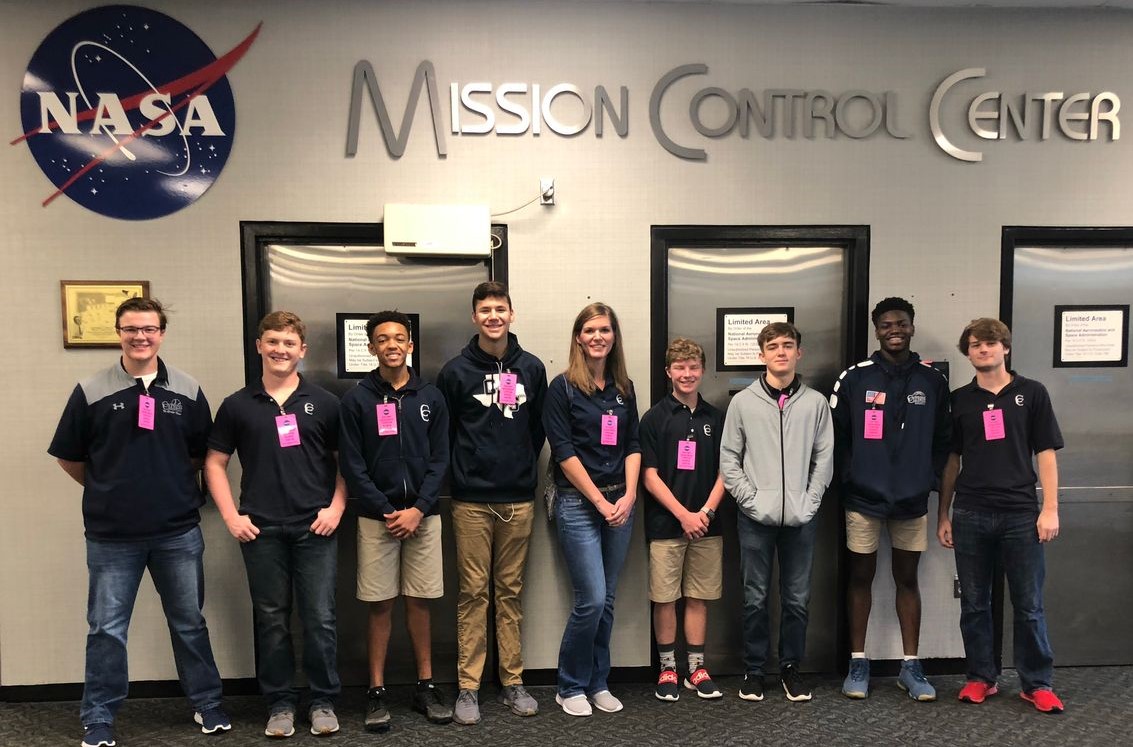 The high school engineering class had an unforgettable, once-in-a-lifetime opportunity to tour NASA last week. The class was given the chance to go behind the scenes and tour the actual grounds and workplace of NASA, accompanied by two employees who have family here at Cypress Christian School. Special guest passes, gate security passage and door codes made the class extremely aware of the special treatment they were given. The class was taken on an in-depth tour of the mission control room and the space station and heard presentations from influential engineers and employees of NASA. The students experienced the process of how astronauts prepare their food and how astronauts utilize work out equipment. They are extremely grateful for this day at NASA. As the engineering class explores the basics of engineering and the different disciplines within engineering, they are inspired by hands-on activities, tours and guest speakers.

Grant Matthews, 10th grade - "My favorite part was going inside the shuttle controls and seeing where the pilot sat and what he did and how many controls there were. Something I learned was that astronauts do not only walk in space, but they also have many other important jobs. I learned that the ISS is not comfortable but, in fact, an uncomfortable working space with many things that can go very wrong."

Jackson Fraser, 11th grade - "Something I learned was the complexity of all of the small things that go into space from small plastic straws to creating vacuums so astronauts can work out with “space weights.”

JP Ademola, 12th grade - "The tour of NASA inspired me and made me appreciate space. My favorite part of the trip was when we got to go in the space shuttle and see how they eat, sleep and use the restroom. I learned that being in space for a while takes a huge strain on your body."

Parker Wright, 10th grade - "I learned that sometimes the batteries in the ISS need to be replaced. I also learned that the ISS is still used today because there is constant maintenance being performed."

Jace Harper, 12th grade - "Thank You for your time and your effort you put into showing us around NASA. I think my favorite part was either looking inside the space shuttle or working out in the astronauts' gym. I learned a lot about the space station and how it operates on a day-to-day basis."

Jalen Young, 10th grade - "My favorite part of the tour was mission control. I’ve seen the mission control room in movies, and I was surprised that it looked exactly how it does in the movies. Someone cool that I met was Sunita Williams. It was cool how she described being in space and the training needed to do so. I learned that in mission control, they have different names for a certain group and each group does different jobs."

Andrew Crawford, 11th grade - "My favorite part was looking at one of the control centers while active. I learned a lot including the risk factor of liquid wastes and the role it plays in day-to-day astronaut life."