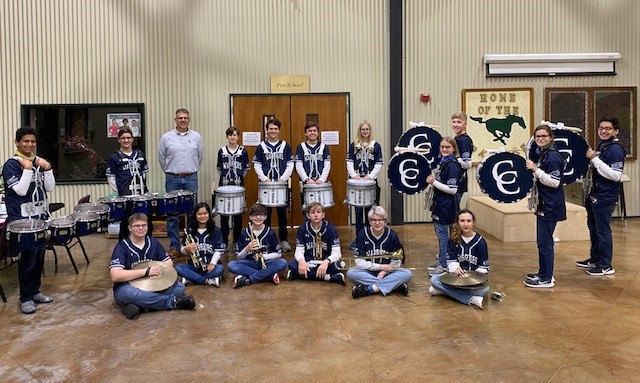 Monday was a cold and rainy day in Waco. Due to the weather, the TAPPS Field Band and Drumline competitions had to be shifted indoors. The Cypress Christian Hornline and Drumline adapted to the situation well and had a great day of fun and fellowship.

This year’s group of drummers and horn players is an inexperienced group, with only two of the 12 drummers playing on the same instrument as last year. The students have worked hard, have learned a lot of music and gave great performances.

This is the first year in which Cypress Christian has competed at the Field Band Competition, and while they did not place in the top four, the judges were very complimentary of the performance and gave the group a rating of ‘Excellent.’ At the Drumline competition, the Drumline was given a ‘Superior’ rating and finished number four in the state.

The group looks forward to continuing to learn new music and performing at football games.